A relatively recent development is quietly taking place, and it could have an interesting impact on the additive manufacturing (AM) industry. Open-source 3D printers are being developed by a number of people and organizations worldwide. This is analogous to the open-source software development that has been occurring for the past several years (e.g., Linux). With open-source software, the source code and certain other rights normally held by copyright holders are provided under a software license that meets the Open Source Definition or that is in the public domain, according to Wikipedia. This allows users to employ, modify, and enhance the software, and to redistribute it, modified or unmodified. With open-source 3D printers, anyone can download plans made available on the web and build a system. The idea is to document and share what is learned, such as design changes that lead to system improvements. As a result, at least in theory, the development becomes better and everyone benefits at little cost.

Cornell University, with its Fab@Home project (fabathome.org), was one of the first to develop an open-source 3D printer. The machine uses an X-Y-Z motion system to deposit materials through a syringe layer by layer. The system enables the use of many types of materials, ranging from chocolate and cake icing to plastics and living cells. Versions of the machine have produced rigid and elastic polymer mechanical parts, electrical circuits, polymer transistors, relays, polymer actuators, alkaline batteries, engineered living tissues, chocolate sculptures, cake decorations, and hors d’oeuvres—all directly from computer data and raw materials. 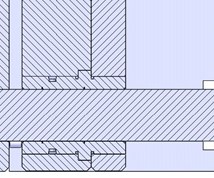 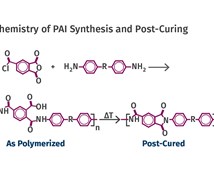 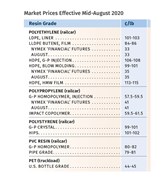 Even though these systems are open-source, that doesn’t preclude organizations from commercializing products around their development, just as Red Hat and other companies have done with Linux. KoBa Industries (Albuquerque, NM) offers Fab@Home systems as a kit for $2,600 or assembled for $3,700. An estimated 123 Fab@Home systems were built or installed in 20 countries in 2007 and 2008.

RepRap (reprap.org) is generally accepted as the first open-source development and has arguably gained the most traction to date. The RepRap project originated at Bath University in the UK, with an initial emphasis on self-replication. The goal has been to produce a machine that can make copies of itself. Currently, the system can produce plastic parts for itself, but not the metal frame, fasteners, motors, printed circuit boards, wires, and some other parts that make up the system. The RepRap system uses ABS and polyethylene in filament form, similar to FDM from Stratasys (stratasys.com). The parts I’ve seen remind me of the very early FDM parts (circa 1990), including a seam where the deposition starts and stops. An individual that is a part of the RepRap project, who asked not to be named, said that the RepRap system can be “tuned” to improve part quality. He went on to say that the RepRap systems can be difficult to assemble and even harder to get to work. This point was reinforced by another source that is evaluating open-source systems. Over time, part quality, machine reliability, and ease of assembly and use are likely to improve.

RepRap kits have been developed by Bits from Bytes (bitsfrombytes.com) and made available commercially from it, as well as from A1 Technologies (rap-man.com), both of the UK. This version of RepRap, called RapMan, is available for £750 (~$1,240). Makerbot Industries offers a version of the RepRap system named CupCake CNC for $750 or $2,500 fully assembled. The price for ABS plastic filament for this system is $40 per kilogram. Polyethylene is $30 per kilogram. An estimated 1,100 full kits have been sold by these three companies as of August 2009. Also, 1,500 to 2,000 partial kits have reportedly been sold. When someone orders a partial kit, it is assumed that they are obtaining the remaining parts from other sources. It’s impossible to know how many of these or the full-kit systems are fully assembled and operating.

CandyFab (candyfab.org) is an open-source 3D printer project initiated by Evil Mad Science. It is the least known of the three, probably because the application of CandyFab is not as broad as the others. The system uses a stream of hot air to melt and fuse granular sugar, and more recently, granular plastics, to form a shape. The parts are low in resolution, making the surface finish rough. Sharp edges, corners, and features are difficult, at best. Even so, relatively large parts with overhangs, twists, and hollow features are possible and sugar is inexpensive and safe. Googling “CandyFab” and clicking “Images” near the top displays a number of example objects. You can display Fab@Home and RepRap images similarly. The CandyFab 6000, the newest version of the machine, was in beta testing in Q3 2009. The machine is said to be designed from the ground up, with few parts used from the original CandyFab 4000. All mechanical parts, electronics, and software are new. The price of the new machine as a kit (unassembled) is expected to be in the $1,500 range.

What will be the future impact of these open-source 3D printers? It’s too early to know for sure, but from what I can tell, they could succeed—and to some extent, already have—as a research, development, and experimentation platform. A lot has been published about the makeup of the systems, so researchers and others can easily try new materials and apply the machines to a wide range of new and interesting applications.