Gehr Plastics in Germany is an early pioneer in extruding rods and other stock shapes out of durable biopolymers such as PLA/lignin blends and wood-filled PLA. This screw is fabricated from rod stock. PLA/lignin has a flex modulus of 397 kpsi and Tg of

These lacquer bowls made of Unitika’s unalloyed PLA (modified for heat resistance) are said to be microwavable and dishwasher-proof.

Polymaterial Technology Co. in Thailand offers a high-heat PLA/PC compatibilized blend with HDT of 100 C for cell-phone covers and other electronics.

Bioplastics were initially created for single-use applications like packaging and hotel key and gift cards. Their key benefit was that they wouldn’t stick around long in the environment because of their degradability and compostability. But now, compounders of bio-resins are beefing up their properties for durable applications. New grades target automotive, electronic, and construction parts. To overcome most biopolymers’ inherent brittleness, low heat resistance, and processability limitations, they are being alloyed with conventional resins and fortified with impact modifiers, reinforcing fillers, and nano-additives (see Learn More box).

In 2007, the European Bioplastics Association in Berlin, predicted that durable applications would grow from 12% of global bioplastics usage that year to 40% by 2011, despite there being almost no durable biopolymers on the market a year ago. 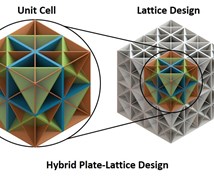 What’s With All the Static?

The attraction of durable biopolymers is “renewable carbon” in place of “fossil carbon” and possibly reduced energy consumption and CO2 greenhouse-gas emission in their production (though that is hard to measure). Another big motivation (and the reason many of the new engineered biopolymers are coming from Asia) is to meet a Japanese government directive that 20% of all plastics used in Japan must be bio-derived by 2020. This directive opened the way for partly bio-based resins—alloys or blends of bio- and petrochemical materials, which both reduce the overall “carbon footprint” and improve the biomaterial’s properties.

The new durable biomaterials discussed here include ones based on polylactic acid (PLA), polyhydroxy alkanoates (PHAs) such as PHBV, and industrial starch. Some of the first engineered materials made with these biopolymers are now commercially available, and adventurous processors are trying them out.

There are, of course, also established engineering resins that have recently adopted the “bio” label, such as nylon 610 and 11, which are based on castor oil. And a growing number of existing resins for durable goods—PEBA and copolyester TPEs, TPUs, and even PMMA (acrylic)—are being made with some renewable content (see Learn More). But already established materials are not the focus of this article.

Most durable bio-resins marketed today are based on PLA, of which supplies are currently tight, so amounts of the new alloys are still limited. PLA is being blended with petrochemical-based PC, PP, ABS, HIPS, PET, and PMMA—plus fillers, fibers, and additives to inhibit degradability, increase HDT, reduce brittleness, and speed crystallization.

PLA is also blended with other bio-resins like PHBV (polyhydroxybutyrate valerate) or other PHAs, which have properties similar to low-end ABS and can reduce brittleness. PHBV also improves PLA’s heat resistance, but the mix loses clarity and is reportedly harder to process.

PHBV is available in pilot quantities from Tianan Biologic Material Co. in China. A commercial plant (22 million lb/yr) will open in early 2010. Another PHA, tradenamed Mirel, is available in developmental quantities from Telles in Lowell, Mass., a joint venture of Archer Daniels Midland and Metabolix. The first commercial plant for Mirel (110 million lb/yr) is expected to start production in the second quarter.

Not everyone thinks PLA should be made durable. Biopolymer compounder Cereplast uses PLA only for degradable compounds and prefers industrial starch for its durable bio-compounds. “PLA with its beautiful clarity and degradability shouldn’t be used for opaque durable applications, but for compostables,” says Cereplast president Frederic Scheer. “And the market for durables is in the billions of pounds. There simply isn’t going to be enough PLA to meet durable demands for decades ahead.”

Commercial supplies of PLA are growing to meet at least near-term needs. NatureWorks, the sole large-scale supplier, has debottlenecked its plant in Blair, Neb., from 150 million lb/yr to 300 million lb capacity this year. Hisun in China makes 11 million lb/yr, and a couple of new semi-works PLA plants have been announced in Europe, but construction has not yet begun.

Durable PLA-based resins appeared as long ago as 2003, when Toray Industries in Japan commercialized its Eco-Plastic PLA compounds with chemically coupled kenaf fiber for a spare-tire cover on the Toyota Raum. Toyota plans to use Eco-Plastic in around 60% of interior components, starting with the next-generation Prius hybrid.

Toray has since commercialized a laptop computer cover for Fujitsu, using a 50/50 PLA/PC blend and flame-retardant additives. The 50/50 blend reportedly has the processability, heat resistance, and flame resistance required for larger IT devices, according to a NatureWorks white paper. But with less than 50% PC, blend properties are little better than plain PLA; and with more than 50% PC, the processing temperature is so high it degrades the PLA.

Toray is also blending PLA with PP and has a patent application (JP 2005035134) on blends of PLA with up to 25% cellulose from recycled paper to add stiffness.

Unitika Ltd. in Japan reinforces PLA with kenaf fiber to improve strength and HDT for use in cell-phone covers, developed with NEC Corp. in 2006. NEC has applied for a patent on using long kenaf fibers (up to 20 mm) in PLA. Some of Unitika’s Terramac PLA-based resins combine nano-additives, plant fibers, and mineral fillers to achieve 70% faster crystallization and shorter molding times than conventional PLA, the company says. Unitika makes patented PLA/PMMA blends in which the PMMA raises the glass-transition temperature (Tg) while retaining clarity. Unitika is also developing PLA alloys with PP and PC. High-temperature grades will be used for dishes and housewares.

Polymaterial Technology Co. in Thailand (a compounding unit of CPPC Public Co.) introduced heat-resistant PLA/PHA and PLA/PHBV compounds for durable applications last year. These have Tg of up to 80 C for injection molded dishes and housewares. Four commercial EcoHybrid grades are alloys of bio- and petro-based plastics: PLA/PHA/PP, PLA/PHA/TPU, PLA/PHA/PETG, and PLA/PHA/ABS.

Polymaterial has also developed PLA/nylon 6 compounds for durable applications. Also, a hybrid of 30% PLA, 60% PC, and 10% compatibilizer can withstand exposure to more than 120 C, which is suitable for electronics applications, Polymaterial says.

Mitsubishi Plastics in Japan has applied for a patent (WO 200422650) on a combination of PLA with titanate-treated metal hydroxides, talc, a char-forming flame retardant, and other fillers for toughness and flame retardance. Mitsubishi is reportedly developing a PLA-based compound for household appliances.

Samsung Cheil Industries in Korea alloys PLA with PC or ABS for durable applications like cell phones, three models of which were commercialized last year. Cheil’s biomaterials are now being tested by General Motors and Ford.

PLA copolymers are being developed to combine the standard “right-handed” L-lactide monomer and the rarer “left-handed” D-lactide monomer. The result is stereocomplex PLLA/PDLA copolymers that have higher strength, crystallinity, and heat resistance. HDT is 320 F for a 50/50 copolymer, vs. 140 F for conventional amorphous PLA.

Teijin Ltd. in Japan will introduce this year high-heat stereocomplex PLA called Biofront for fibers and automotive. It has a melting point of 410 F, vs. 338 F for standard PLA. Tate & Lyle in the U.K. acquired a patented process to copolymerize stereocomplex PLA two years ago, but the project is on hold for now.

Industrial starch from corn, tapioca, rice, and even potatoes is plentiful and cheap. Starch can be chemically processed to turn it into a thermoplastic.

Cereplast compounds starch with PP into four grades of BioPP for durable applications. These 50/50 blends are reactively compounded at Cereplast’s 50-million-lb/yr semi-works plant into three injection grades and one grade for thermoformable sheet or injection molding.

BioPP reportedly has interesting properties of printability, soft touch, static dissipation, and heat resistance similar to conventional PP. Cereplast will toll compound BioPP for a half-dozen PP producers to make custom biopolymers for them at its new plant in Seymour, Ind., which starts up early this year. The first of these will appear commercially early this year. Scrap BioPP can be reprocessed with virgin BioPP or with PP copolymers. BioPP scrap could also go into polyolefin decking.

Later this year, Cereplast will introduce Bio-PS and Bio-PE, which will combine 50/50 starch and HIPS or HDPE. Starch bonds readily to PP, but not to PS and PE, so the latter two will require compatibilizing. Cereplast is also developing a thermoplastic composite of wood fiber, starch, and other organic ingredients to make sheet and profiles for interior woodwork and cabinetry.

Cerestech Inc., a technology licensing company spun off from the Ecole Polytechnique of Montreal, last month licensed its starch-based alloy technology exclusively to Teknor Apex Co. Teknor plans to use the technology to produce blends of thermoplastic starch with biopolymers like PLA or PHA and with polyolefins. Some compounds will be aimed at durable applications. The first should be commercial this year. Teknor will also license the technology to large-volume processors for in-house compounding.

Cerestech’s patented process (U.S. Pat. 6605657 and 6844380) plasticates starch in one extruder and then combines it with a synthetic polymer coming from a second extruder. The process (U.S. Pat. Applic. 20080287592) reportedly makes a continuous matrix of the synthetic polymer containing discontinuous thermoplastic starch domains (0.2 to 1.5 microns). The blend is said to retain or even improve the matrix polymer’s properties.

Want more data on biopolymer material properties? Visit the biopolymers section of Plastics Technology’s new Plaspec Global materials database. It is available through our partnership with M-Base Engineering + Software of Aachen, Germany, which prepared the database for the University of Applied Sciences in Hannover, Germany, with support from the German government. The biopolymer database contains over 300 materials from 60 suppliers, including some that are biodegradable but not bio-derived and others that are only partly bio-derived, as well as some additives for biopolymers and some film and sheet bioplastic materials.

The biopolymer database will be continually updated with new materials, and the University and M-Base are now testing these materials according to CAMPUS international standard protocols. The latter will provide the first truly comparable properties for biomaterials from different suppliers.