At press time, a handful of auxiliary suppliers shared some of their K 2019 plans, highlighting connectivity and efficiency in their planned displays.
#kshow

In auxilaries, equipment designed for connectivity and efficiency will be prominent at K 2019, Oct. 16-23 in Dusseldorf.

Frigel is promoting what it calls Process-Synchronized Cooling via its new Ecodry System 4.0. Promising full digital connectivity between mold-temperature control and molding machine, Frigel says the system communicates with the molding machine to deliver the proper temperature and flow to the right place, and now, at the right time. In this setup, its range of temperature control units (TCUs)—Microgel, Turbogel   and Thermogel—will be paired with its Ecodry adiabatic central water-cooling system for maximum efficiency. 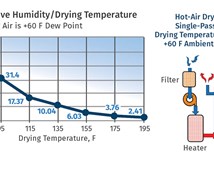 Frigel says this system can achieve cycle-time reductions up to 50%, in addition to savings in energy (up to 30%) and water (up to 95%). Energy savings are derived from the fact that the TCUs will automatically stop operating when production stops, reducing power used in refrigeration and pumping. In addition, chilled water is only used where and when it is needed, and “free cooling” allows the system to use ambient-air cooling instead of refrigeration, whenever air temperatures allow.

Frigel says Ecodry System 4.0 is digitally synchronized with molding machines and operated automatically by them. Processors can find the best cooling parameters and cycling sequence of heating and/or cooling for each zone of the mold, maximizing processing quality and throughput. These parameters can then be saved and pulled up by the system whenever the molder is running the same job.

Schwing Technologies will showcase a new automatic vacuum pyrolysis system for thermal cleaning of plastics residue from tools and components. The Vacuclean Compact has a maximum load of 50 kg and can be used to clean screw elements, spinnerets, spin packs, pelletizing discs or screen changers, among other components. The system measures 210 by 120 by 100 cm in height/width/depth. The footprint has been lessened by integrating all key components, including catalytic converter, vacuum pump, control cabinet and fittings, into the unit. The cleaning chamber measures 50 by 50 by 30 cm. Controls are managed from a 5.7-in. touchscreen. Schwing describes the system as being environmentally friendly due to energy efficiency and low emissions.

Schwing is displaying a new automatic vacuum pyrolysis system for thermal cleaning of plastics residue from tools and components.

Maguire Products Inc. is using K to rebrand its line of vacuum resin dryers with a new name—Ultra. These low-energy dryers are based on technology introduced by Maguire in 2013 under the name VBD. Since that time, Maguire says the actual energy savings achieved with its vacuum technology is greater than originally claimed. Maguire notes that while the energy needed to heat a polymer to its required temperature is roughly the same for both vacuum and desiccant dryers, the Ultra dryers use much less energy in the next stage, when the heated resin is actually dried. As an example, for a process running at 220 lb (100 kg) per hour, for 6000 operating hr/yr, Maguire says the average desiccant dryer might run at 0.06 kWh/lb of material, while the Ultra would run at 0.019 kWh/lb. Both use 0.015 kWh to raise the material to temperature from ambient, but while a desiccant would use an additional 0.045 kWh for drying, the Ultra would only need 0.004 kWh. Maguire has rebranded its VBD line of vacuum resin dryers with a new name—Ultra.

Ultra dryers also have load cells on the vacuum and retention hoppers, allowing automatic process control, including startups and stops. The Ultra dryers have a throughput range of 150 to 1000 lb/hr.

Motan-Colortronic will show a new synchronous dosing and mixing unit, which is says can be used with gravimetric and volumetric feeding for starve- and flood-fed applications. The Spectroplus blender has up to eight frame-mounted dosing modules for solids or liquids that can be removed and installed without tools for quick changeovers and easy cleaning. The Spectroplus can be mounted directly on an extruder hopper or on a  mezzanine. Compared with previous models, the overall height was greatly reduced, while throughputs remain the same. The Spectroplus’ new load-cell system is a combination of strain-gauge load cells and a digital transducer. Benefits reportedly include ease of assembly and calibration; long life and low-maintenance; and signal transmission with low susceptibility to interference. The Spectroplus also features a completely new control dubbed Spectronet. This can control both Motan’s and third-party dosing units.

Coperion K-Tron’s SWB-300 weigh-belt gravimetric feeder will be part of an active display at K 2019.

Also on display is Coperion K-Tron’s SWB-300 weigh belt gravimetric feeder and the Fluidlift ecoblue pneumatic-conveying system. The company says this technology minimizes material degradation, including the development of dust or strands.

Bunting, which has rebranded all its branches under one name as part of its 60th anniversary, will be featuring its Hi-Temp FF Drawer, which can operate at temperatures up to 175 C. Bunting says this special design makes the product well suited to high-temperature injection molding. 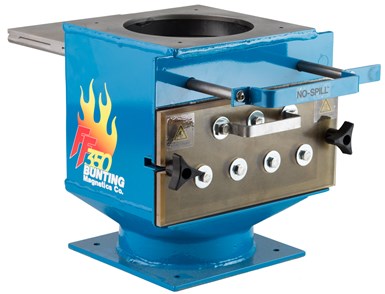 Bunting Magnetics’ Hi-Temp FF Drawer can operate at temperatures up to 175 C.

Pelletron will feature its Pellbow conveying elbows, including various sizes and types, as well as its XP-15 DeDuster, rated for 1500 kg/hr. In addition, the company will showcase its XP5 Mini DeDuster for up to 500 kg/hr, as well as a rotary valve display featuring Pelletron’s new compact vent hopper.

Wittmann Battenfeld’s auxiliary products will be in action at its booth, serving various injection molding machines, including a central material-handling system; a drying system for PET; mobile Aton dryers; and Gravimax gravimetric blenders. In addition, Feedmax central material loaders and stand-alone material loaders will be in its booth. The company will also discuss its TEMI+ “entry-level” MES package, which makes it possible to obtain complete, comprehensive data acquisition and analysis of quality parameters from all equipment, including auxiliaries. The production cell linked together via the Wittmann 4.0 router will also able to determine whether the connected auxiliaries are sufficient for the selected product, or if additional equipment is needed.

A special drying hopper will be part of a medical molding display. A high-speed EcoPower Xpress 160/1100+ will be molding PET blood tubes from a 48-cavity mold. To meet the tough demands for PET plasticating, the press will be equipped with a modified high-performance screw and the aforementioned special drying hopper. Mounted above the injection unit, the hopper will remove moisture from the granulate via a frequency-controlled Drymax 300 dryer. 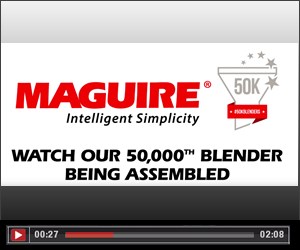 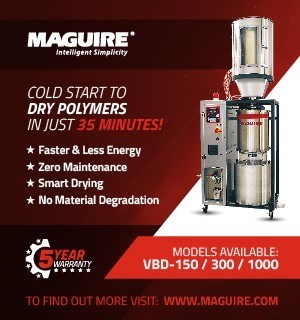 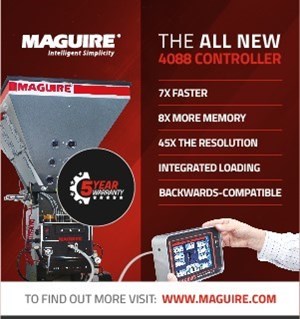