The Shuttle Mold system enables users to inject parts in two molds with a single injector, turning cooling time for one part into productive time for another. 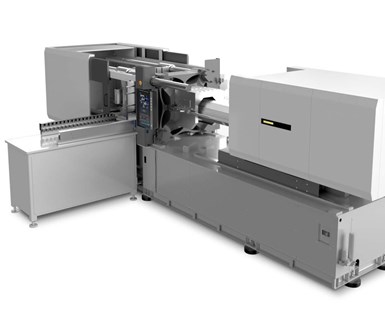 The Shuttle Mold System from Canon Virginia allows a molder to turn cooling time into productive time. The system enables the injector to make parts in a second mold while the part in the first mold cools.

Every injection molding machine knows cooling time is lost productivity. They spend hours of engineering time and thousands of dollars just to shave a few seconds off a cycle. Unfortunately, improvements to cooling time necessarily bottom out. There is simply no way around the fact that plastic must cool down before it can come out of the mold, and you can only reduce cooling time so much before you run into issues affecting part dimensions and physical properties.

Faced with this reality, one company decided that instead of making cooling time shorter, it would turn this lost time into production time. To do this, Canon Virginia uses a shuttle system to switch between two molds using a single injection molding machine. Because they can simultaneously mold two parts at the same time, total part cycle time can be dramatically reduced which the available capacity of the molding machine goes up significantly. Here’s how they do it.

Two Molds Are Better Than One

Instead of letting cooling time be wasted time, the Shuttle Mold System from Canon Virginia enables molders to inject a second mold while the part in the first mold cools.

According to Canon Virginia Director of Business Development Wayne Daniel, this process came about after Canon started changing how they thought of cooling time. While common practice treats any time spent cooling as time wasted, the company recognized that there were diminishing returns with that approach. “It’s a known fact that molded parts have to have cooling time, whether it’s short or long,” he says. “Instead of reducing it, we asked ourselves how we can utilize it.”

Here we can see the Shuttle Mold in action. After the first part is injected, the mold moves out of the way and the machine moves on to inject in a second mold.

Depending on the process, the Shuttle Mold can improve efficiency as much as 200%. “It’s not a fit for every process,” Daniel says, “as it relies on a cooling time long enough to accommodate an additional injection.” Smaller injection molding machines and parts with short cooling times simply do not see as much benefit as parts more suited to the process. “Once you get to 30-second cycle times, the Shuttle Mold can start showing productivity improvements over a single-mold process,” says Daniel. “Once we can effectively double the production over a single mold, we can hit 200% efficiency.”

Additionally, the cost savings the Shuttle Mold System provides are exceptional. Compared to the cost of buying two separate machines, including dryers and other auxiliary equipment, purchasing a single machine with the capacity of two provides excellent savings. “You can double your production speed for one part,” Daniel says, “or you can produce two different parts with a single machine. Both options save you a lot of money in the long run.”

The Nuts and Bolts

While the concept is simple, the engineering that went into making the Shuttle Mold is advanced. “It requires integration with the machine maker, including both the physical shuttle and the software,” Daniel says. “However, it can work with any molding machine that can be easily upgraded.”

When cooling times are around 30 seconds, the Shuttle Mold can start showing productivity improvements over a single-mold process. Under the right conditions, Canon Virginia can effectively double the production rate, as this chart shows.

While the tooling is quite like a standard injection mold, the mold base needs to meet certain conditions to work with the rollers that shuttle the molds into position. “This is not a problem for new molds,” Daniel says, “as this can be incorporated in the tool design. It does mean reworking existing molds, however.” Other modifications are relatively minor such as relocating existing water and electrical connections. 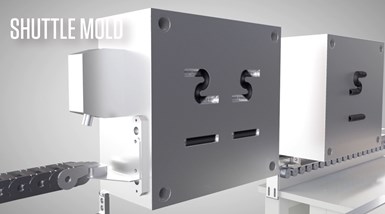 As you can see here, the two molds used in the Shuttle Mold System do not have to be identical. You can have two molds making the same part, or you can have completely separate parts in production.

According to Daniel, injection molding machines are not limited to always using the Shuttle Mold system on machines equipped with it. If, for example, a company needs to run other molds on the machine and does not wish to use the shuttle function, it is perfectly capable of operating as a standard single-mold machine. “It does not hold your machine captive,” he says.

Canon Virginia is actively involved in supporting its customers, working with them to develop processes and providing support. “We developed this system to improve the cost and efficiency of producing inkjet printer parts in-house,” Daniel says. “It started out with an end-user focus because we are end users.”

Since the first public demonstration at the 2018 National Plastics Expo, Canon Virginia has seen interest in its system grow. “At first, we sometimes see resistance to the idea, as it runs counter to the philosophy most molders work by,” Daniel says. “But shaving a few seconds off of cooling, or even cutting cooling time in half just isn’t as efficient as working straight through the cooling cycle.”

For a webinar that covers this system, visit ptonline.com/events. 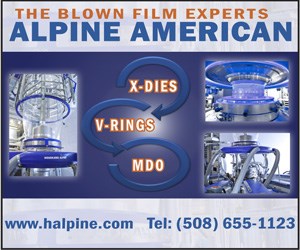