Robert Ackley: The Brain Behind an Empire in Extrusion

With hard work and steadfast leadership, Robert Ackley led Davis-Standard, LLC on the path of growth. For this new inductee of the Plastics Hall of Fame, plastics have done so much good for society.
#npe

When Robert Ackley started at Davis-Standard in 1959 as a draftsman, he was right out of high school and attended college at night, working towards a degree in mechanical engineering.

Robert Ackley’s work and vision were key in leading Davis-Standard, LLC to become the main extrusion machinery manufacturer in North America. He began his career in 1959 as a draftsman, moving through the company ranks to eventually serve as president until his retirement in 2005. His career and accomplishments were recognized on Sunday, when he was inducted into the Plastics Hall of Fame.

Ackley’s success story is one defined by hard work and steadfast leadership. When he started at Davis-Standard, he was right out of high school and attended college at night. He earned his degree in mechanical engineering from Mitchell College in New London, Conn., with an Executive MBA from the University of New Haven in New Haven, Conn. 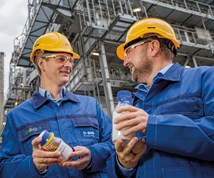 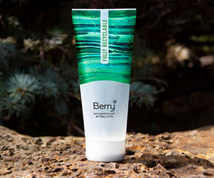 He had a thorough understanding of nearly every position working as a design engineer, group leader, technical engineering manager, field services manager, sales product manager and spare parts manager. He advanced to leadership positions in operations, engineering, research and development, and sales and marketing until he was named company president in 1983. A role he enthusiastically embraced for 22 years, making himself synonymous with the Davis-Standard brand.

When he just started with Davis-Standard, the company had fewer than 75 employees and just a few million dollars in sales revenue, primarily serving the domestic market for wire and cable production machinery. During his tenure as president, Davis-Standard grew to over 1,000 employees with sales in excess of $300 million annually and a presence in nearly every market.

Bob has served the industry’s most prestigious associations in senior management roles, including as chairman of PLASTICS Industry Association in 2000-2001, and as a board member of the National Plastics Center and Museum.

“Being nominated to the Plastics Hall of Fame by those I worked with for many years and then selected by leaders within the industry is a great honor,” Ackley says. “Plastics have done so much good for society. Witnessing the advancement of extrusion and converting technology, and the progression of plastics into every facet of life has been incredible. When I first joined Davis-Standard, we were insulating wire and cable. By the time I left, we were in nearly every market. I am grateful to have had such a fulfilling career in such an innovative and life-changing industry.”