FIG. 1: A new version of Zahoransky’s TIM mold system will use two rotating outside cubes on either side of the turn-stack mold with a leak-test station outboard of the cubes. Automatic 100% leak testing will take place within the molding cycle.

FIG. 2: Two developmental concepts for Zahoransky’s TIM system combine the turn-stack with outboard assembly cubes that rotate either vertically (above) or horizontally (below). This system also features rotating plates that form one molding surface of each stack-mold face.

FIG. 3: Heitec Flat-Line hot-tip nozzles (available from Technoject Machinery) have shrunk to the point that the newest version offers cavity spacing as small as 4.5 mm.

FIG. 4: Brand-new Heitec valve-gate nozzles are smaller than ever, allowing cavity spacing of only 5.8 mm.

Molds and tooling were a big topic at the Molding 2013 Conference in New Orleans this January. This annual conference for injection molders, sponsored by Executive Conference Management, included 35 presentations on “green” molding, medical and automotive molding, tooling innovations, LSR, and a good deal more. Here’s a selection of some newsworthy tooling developments discussed at the meeting. 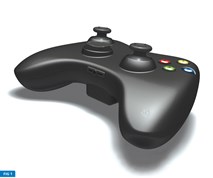 Michael Schmidt, managing director of Zahoransky Formenbau GmbH, a moldmaker in Freiburg, Germany, presented further developments of the TIM (Total Integrated Manufacturing) concept for multi-component molding and in-mold assembly using four-sided turning stacks and external reciprocating/rotating plates that interact with the exposed sides of the tool during the molding cycle. At recent shows, such as NPE2012 (see our March ’12 issue), Zahoransky has demonstrated how TIM systems can mold and assemble three parts in 6 sec. This month, the firm is installing such a system for customer tests. It will have a mold frame that can accept customers’ cavity inserts for trials.

In New Orleans, Schmidt presented a number of variants and elaborations of the TIM concept. For example, a new razor handle in Germany is a two-component part molded with TIM tooling. After the first component is molded, it is demolded on the side of the tool to permit extended cooling, and then replaced for molding the second component. Schmidt said this approach can also be used for toothbrushes.

Another new version, still in development, uses two rotating outside cubes on either side of the mold with a leak-test station outboard of the cubes. Thus, automatic 100% leak testing is accomplished within the molding cycle (see Fig. 1).

The next step Zahoransky is exploring is to combine the TIM turn-stack with outboard assembly cubes that rotate either vertically or horizontally (Fig. 2). Another feature of this system is rotating plates that form one molding surface of each stack-mold face.

Zahoransky has also come up with “TIM-light,” a lower-cost version with flexibility to accommodate different parts. It mounts two standard single-component molds on a turning stack with a common hot-runner adapter plate and ejector plate. It can mold two parts and assemble them outside the mold—either above or below, instead of on the sides. This approach takes slightly longer—an 8-sec nominal cycle. Zahoransky has already built two such mold systems.

In hot runners, one trend continues to be toward miniaturization for ever-tinier medical and electronic components. Paul Boettger of Technoject Machinery, Bolton, Ont., unveiled the newest and smallest Flat-Line versions from Heitec of Germany. Until 2011, a 6-mm cavity spacing was the smallest for its individually controllable hot-tip nozzles. Now that has shrunk to 4.5 mm. It is suitable for shot weights from 0.005 g to 1.5 g (Fig. 3). To test this concept, Heitec built a 10-drop test tool for acrylic toothpicks that are connected in bundles of five over a film gate. Gate diam. is 0.8 mm. After a production interruption of 30 min, there was no sign of resin degradation and, on restarting, all cavities reportedly filled completely on the first shot, with no stringing or drool.

Boettger said Heitec has also come out with new, smaller Flat-Line valve-gate nozzles with a nozzle spacing of 5.8 mm, down from a minimum of 9 mm just a year ago (Fig. 4). Synchronous actuation is provide by a rack system driven by an electric servo motor (suitable for clean rooms).

Ed Parzyck, medical market manager for Husky Injection Molding Systems, Bolton, Ont., continued the miniaturization theme with a talk on direct gating of tiny medical parts. Keeping the material molten all the way to the gate is vital for such parts, given the high cost of the resins frequently used and the inability to use regrind in many medical applications. Parzyck noted that it was a challenge 10 years ago to direct gate parts weighing less than 0.5 g. Nowadays, he said, it’s “easy” to direct gate 0.1 g parts with standard hot runners, and direct gating can be applied to true micromolding of parts weighing 0.05 g or less.

One case he cited was a 0.03 g acetal part molded in 96 cavities. The mold had run successfully for 14 months. In another case, a cold-runner part was converted to hot-runner direct gating. Since 93% of the shot was in the cold runner, that meant huge resin savings, as well as shorter cycle time. The mold paid for itself in six months, Parzyck said.