3D-Printed Plastic Molds: K Exhibit Would Make You a Believer

Perhaps you have heard that additive manufacturing—a.k.a. 3D printing—can be used to make injection tooling inserts out of plastics—relatively quickly, at relatively low cost, and with little human labor involved.

Perhaps you have heard that additive manufacturing—a.k.a. 3D printing—can be used to make injection tooling inserts out of plastics—relatively quickly, at relatively low cost, and with little human labor involved.

Perhaps you have been skeptical about the capabilities of those molds. Perhaps you have been told—as I was, by one proponent of 3D-printed plastic tooling, that it could be used for “simple” plastics like PE or PP, and for low-volume prototyping of up to around 50 parts. 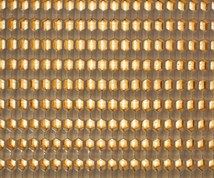 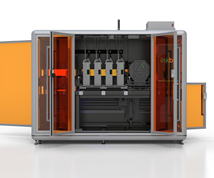 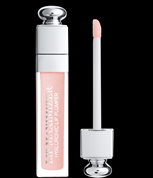 If so, you probably would have come away from the recent K 2016 show—as I did—with a very different idea of what can be done with 3D-printed plastic cores and cavities. Stratasys, Eden Prairie, Minn., the leading supplier of 3D printing equipment and materials for this application, devoted its exhibit almost entirely to displays of plastic tooling and parts made from it. The exhibit also featured Stratasys’ new Polyjet J750 printer, which can print up to six different colors or materials at the same time. It does that by dispensing droplets of different colors or materials on top of each other, inkjet style, so they mix before being hardened (crosslinked) by UV light.

What I didn’t realize before this was that the “digital ABS” formulation that is most commonly used for printed plastic tooling is not really ABS, but a blend of acrylate photopolymers whose combined properties mimic those of ABS. Stratasys senior application engineer Gil Robinson, from the firm’s Israeli office, explained something else I hadn’t previously imagined: The “digital ABS” material is formulated during the deposition process by overlaying droplets of two different polymers chosen for heat resistance in one case, and toughness in the other.

The capabilities of this tooling material are best illustrated by what customers are doing with it. According to Robinson, they are running nylon, polycarbonate, acetal, PPE alloys, and PPS—even some glass-filled grades—as long as injection temperatures remain below 300 C (572 F). How many shots you can get depends on the material and the part. Robinson said the printed tooling inserts can last for five to 20 parts in nylon or PC, 50 to 100 parts in polyolefins, and up to 700 to 800 shots in acetal. The more complex the geometry, and the thinner the walls, the shorter the tool life.

Because the plastic molds are poor heat conductors and have no internal cooling, the molding cycle for acetal was 100 sec, and the molds were cooled with air between cycles. Robinson said a university has printed mold inserts with conformal cooling channels and that the results were encouraging.

He said “a few hundred” molders and OEMs worldwide are experimenting with printed plastic tooling. One of them, discussed on the company’s website, is Danish pump manufacturer Grundfos, which used digital ABS molds to mold simple parts of 40% glass-filled PPS and more complex parts of 30% glass filled Noryl PPE alloy. The Noryl parts were made in plastic molds with side actions to mold internal and external threads, as well as many ribs.

Another customer using printed plastic molds for prototyping is Berker, a German electrical switch maker. As reported in the November Starting Up section of Plastics Technology, Berker molded 25 to 50 parts of ASA, PC, and TPE in these molds.

As shown in the accompanying photos, Stratasys showed at K that printed plastic molds can also be used to prototype blow molded bottles and thermoformed shapes. In the case of thermoforming, a different type of Stratasys printer, using the FDM process of extruding and fusing thin plastic filaments, produces a porous mold that needs no drilling of vacuum holes. Other exhibits displayed printed plastic layup tools for vacuum bagging continuous-glass composites. In one case, soluble material was used to print a core for laying up a composite tube with curves and bends. The printed core could be washed out after curing the carbon-fiber/epoxy part.

After that booth visit, I have to say, I’m a believer.

3D-printed injection core and cavity for electronic components, made by Robert Seuffer GmbH in Germany.

FDM-printed tool (left) for thermoformed part (right). The tool is inherently porous, so no vacuum holes are needed.

Back side of FDM-printed thermoforming tool.

Printed soluble core for layup for epoxy/carbon-fiber tube. After curing the part, the core is washed out.