A Look Back at Interesting Applications of 3D Printing in 2019

As the year is coming close to an end, it’s always good to take a look back at all the exciting new developments in the growing additive manufacturing (AM)/3D printing space. This year, we saw more of a focus to incorporate AM on the production floor; more material offerings and lots of exciting applications.

I asked HP, Carbon, EOS, Essentium and Ultimaker to highlight some of the key applications and developments in AM that took place in 2019.

From new facilities such as its 3D Printing and Digital Manufacturing Center of Excellence in Barcelona, Spain to working on sustainable innovations in 3D printing; there were lots of news and developments from HP in 2019. Here are some of the key end-use applications: 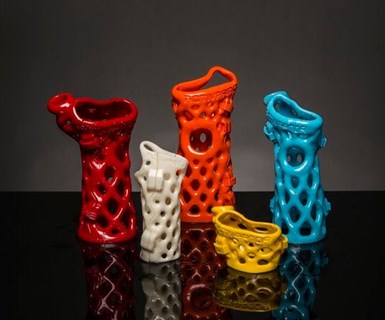 ActivArmor Casts: ActivArmor is a Colorado-based manufacturer of 3D printed orthoses, an external device which supports the limbs or spine. Made from high-temperature thermosetting plastics – similar to LEGO – ActivArmor devices are waterproof and customized to suit the patient.

iOrthotics: Using HP Jet Fusion 3D printers, iOrthotics builds its braces bit-by-bit, adding individual layers of material each as thin as 100 microns, the thickness of a sheet of paper. This creates a customized fit matching the unique bone, tendon and muscle contours of a patient’s foot. The result is a lighter, more durable device.

Rideascout: The Scouter, a quadricycle that can carry 550 pounds of load—two passengers and a lot of gear, or two adults and two kids, for instance—is the brainchild of Finnish entrepreneur Pekka Ketola. His company, Rideascout, promotes both cycling and 3D printing as a way to bolster sustainability efforts in urban environments—eliminating car trips as well as long supply chains that burn massive amounts of fossil fuels. Leveraging 3D printing and HP’s Jet Fusion 4200 series to build, and customize, an innovative e-bike locally, Ketola created the Scouter.

Carbon says that 2019 was a very eventful year for the company as it was able to scale its manufacturing solutions and breakthrough products and partnerships:

In January, Ford announced the first digitally manufactured polymer parts on production vehicles for the F-150 and Ford Mustang, and replacement parts for the Ford Focus. 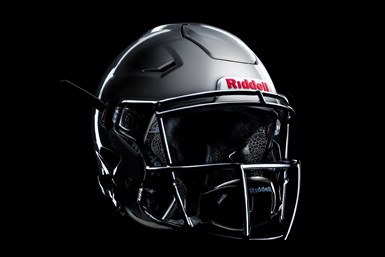 Also in February, Carbon debuted the L1 printer, its latest hardware offering, which is made for the rapid production of high-quality, high-volume parts. Its partners adidas and Riddell were among the first users of the L1 to create next-gen products.

In May, adidas launched the latest ALPHAEDGE 4D running shoe editions, now in Triple White, Core Black, Cloud White, and Parley for Oceans editions. The upper portion of the Parley shoe, made from Ocean Plastic material, is paired with the adidas 4D lattice midsole, created on the Carbon Platform.

In October, Carbon debuted RPU 130, its latest material innovation, which fills the need for a tough, rigid, and high temperature additive manufacturing material suitable for rigorous applications in industries such as automotive. RPU 130 is also partially derived from plants, addressing the growing demand for more sustainable, high-performance materials.

In November, at Formnext, Carbon announced that the Carbon L1 printer is available for order. In addition, Carbon further expanded access to the Carbon Digital Manufacturing Platform through the addition of Jabilto the Carbon Production Network. 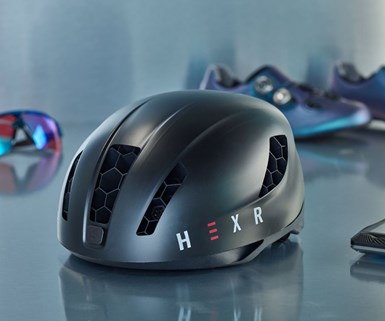 EOS North America (EOS) and its Additive Minds applied engineering team have launched its digital foam program – in a move to simplify the complexity of bringing 3D-printed foam to market. This hub orchestrated by EOS connects CAD, materials, part qualification and additive manufacturing.

EOS also showcased its Fine Detail Resolution (FDR) technology for processing polymers for the first time at Formnext. EOS says it’s the first manufacturer to develop a solution for powder-based industrial 3D printing using a CO laser. This will make it possible to produce extremely delicate yet robust parts with fine detail resolution surfaces and minimum wall thicknesses of only 0.22 mm. It will open up new applications for series production.

With each passing year, Ultimaker says it sees more and more amazing use cases of desktop 3D printing in professional environments across many different industries and regions.

Early in 2019, Ultimaker announced Ultimaker Cloud, a future-ready platform that supports the professional 3D printing workflow and provides seamless integration with a wide variety of industry-standard software applications and materials. 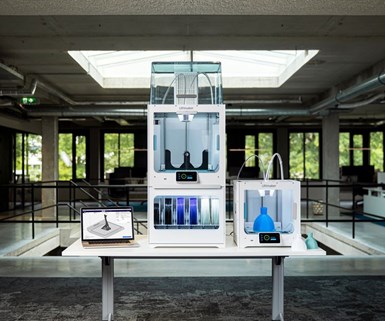 Lastly, its inaugural 3D Printing Sentiment Index, released in November, demonstrated the massive growth potential for 3D printing on a global scale. The company designed the study to help the global 3D printing community monitor and identify growth opportunities and found, among many other things, that the Netherlands, Switzerland and the U.S. have the highest levels of awareness of 3D printing, while China has the highest percent of businesses that have actually adopted 3D printing. 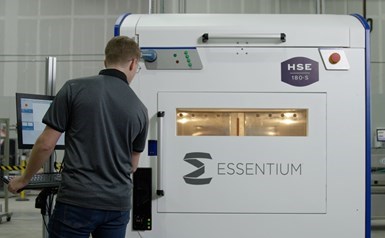 Essentium announced the expansion of its additive manufacturing platform with the introduction of high-temperature (HT) materials and new models of its Essentium High Speed Extrusion (HSE) Printing Platform. The nozzle temperature of the new HSE 180 S HT reaches 550°C and uses a wide variety of materials to produce parts that can withstand temperatures of 180°C.