Genomatica Survey Shows Sustainability is Embraced by Americans Despite COVID-19

According to Genomatica’s survey, sustainability will have staying power even amid health and economic turmoil.
#sustainability

Four months into unprecedented health and economic disruption, new research shows sustainability has moved from a fringe preference into a core imperative across American life. San-Diego-based biotechnology company Genomatica recently shared the results of a survey that show that  sustainability is now a top-of-mind issue with an overwhelming majority (85%) of Americans reporting they’ve been thinking about sustainability the same amount or more during the COVID-19 pandemic. Included are those thinking about it more noticing less traffic (45%), cleaner air (42%) and more plastic waste (40%). They’re also demanding action: more than half (56%) of Americans want both the government and brands to prioritize sustainability even while facing other issues

Genomatica develops commercial biobased processes to make widely-used chemicals that enable better more sustainable products. Their aim has been to enable their partners and leading brands to offer better food packaging, auto parts, clothing, tires, carpets, cosmetic ingredients, cleaning products and more. For example, the company has commercialized processes for bio-BDO (1,4-butanediol)  for plastics. The company’s process, which converts sugars into BDO in a patented direct fermentation process, has been used by companies such as Lanxess to produce compounds based on biobased Pocan PBT. 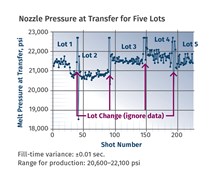 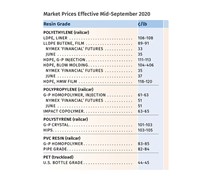 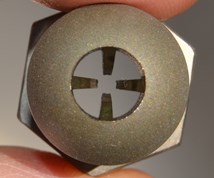 Some of the key findings of the Genomatica survey include:

▪  86% of Americans say sustainability will be equally or more important when the pandemic subsides.

In addition, the Genomatica survey shows that the rise of sustainability has taken root across an array of surprising groups:

▪  For those feeling the brunt of COVID-19—Nearly half (46%) of those who say they live in areas hit hard by COVID-19 claim they’ve been thinking more about sustainability, while 43% of Americans who’ve been laid off, furloughed or seen job disruption say they would still pay more for sustainable products.

▪  Across ideologies—Nearly half (46%) of Republicans say the government should continue to prioritize sustainability. Fox News viewers are as likely as anyone else to say the pandemic has made them personally more sustainable.

Said Genomatia’s CEO Christophe Schilling, “The collective consciousness on sustainability is rising, and certainly faster than most would have expected during these unprecedented times. While this shift has been underway for decades, and particularly strong in Europe, many of us in the U.S. have been inspired by the rapid improvement in air quality and traffic that shine a bright light on how our behaviors and decisions impact our environment and quality of life. As brands are learning, Americans are increasingly spending in line with their values, fueling a ray of hope in a tough year.”

Other findings from the Genomatica study include: