Injection Molders: Is 3D Printing Your Friend, or Foe?

In the last few months, I’ve seen clear signs that some 3D printing shops and makers of additive manufacturing equipment intend to compete with injection molding.

Voodoo Manufacturing has 160 3D printers in one room, all under central control.

More 3D printed mechanical parts for OpenBCI, a supplier of technology for monitoring the electrical activity of the brain and muscles.

Voodoo also makes miscellaneous mechanical components for industrial customers, such as this one for BotFactory, which makes desktop circuit-board printers.

To get competitive with injection molding at volumes up to 100,000 parts, Voodoo is looking into automation, such as unloading parts from 3D printers with a collaborative robot.

I am asked fairly frequently whether additive manufacturing (AM)—or 3D printing, as it’s often called—is going to compete with injection molding. Until now, I have brushed that off as an unwarranted concern: 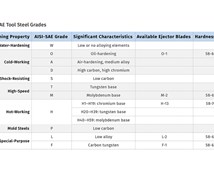 In short, for injection molders, 3D printing is getting real interesting, real fast.

Now, I’m not so sure about that comforting conclusion. In the last few months, I’ve seen clear signs that some practitioners of 3D printing, and some makers of AM equipment, do intend to compete with injection molding.

For instance, I recently visited a startup firm called Voodoo Manufacturing in an industrial district of Brooklyn, N.Y. Launched by a team of (mostly) twenty-somethings, the firm has networked an army of 3D printers—160 of them—to be able to produce parts fast and cheap, at prices competitive with injection molding in order quantities up to 10,000 parts, and before long perhaps to 100,000 parts. (The full story will appear in the October issue of Plastics Technology, or you can read it online now). That’s something for short-run injection molders to think about—at least for commodity parts that don’t have critical dimensions or demanding mechanical-performance requirements.

Regarding that last point—“everybody knows” that 3D printing cannot make parts comparable to injection molding in strength along the “Z” axis—perpendicular to all those tiny layers fused together to make a printed part. But along comes Carbon 3D, Inc. in Redwood City, Calif., with its CLIP (Continuous Liquid Interface Production) technology, which literally pulls the part continuously out of a bath of photocurable liquid polymer. No more layers—so parts are said to be more comparable in isotropic properties to injection molded products. (Read more about it here.)

And that’s not all: HP Inc., Palo Alto, Calif., is throwing its weight behind its new Multi Jet Fusion (MJF) process for 3D printing with nylon powders (read about it here and here.). HP says its process is up to 10 times faster than other AM processes. At least one firm experienced in both a variety of AM techniques and short-run injection molding—Proto Labs, Maple Plain, Minn.—agrees to some extent. And, some who are familiar with MJF say the process has potential to compete with injection molding in the range of thousands of parts. (Read about it here.)

In short, for injection molders, 3D printing is getting real interesting, real fast.