An innovative firm based in Mexico is seeking to make PET thermoforms the next big recycling success story. Green Impact Plastics is reportedly the first PET reclaimer solely recycling post-consumer thermoformed PET packaging in the Americas. It currently operates out of a plant in Ciudad  Juarez,  Mexico, and has plans to open a second facility in California next year.

Up to now, PET thermoformed clamshells and trays typically have been deemed non-recyclable. In California alone, about 240 million lb of PET thermoformed packaging are landfilled every year, according to rPlanet Earth, a recycler, sheet extruder and thermoformer in Vernon, Calif. (see May 2019 OnSite). 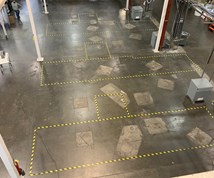 There’s no shortage of issues when it comes to recycling PET thermoforms. The material is very brittle and creates issues during mechanical recycling. “If you have all these contaminants and you put it through your extruder, you’re going to have a very bad-looking plastic,” explains Octavio Victal, president of Green Impact.

Still, this was a challenge that Green Impact looked to solve. In 2019, the company signed an agreement with rPlanet Earth to jointly develop and manage the purchase of post-consumer thermoform bales from California and other southern states. Green Impact reprocesses the bales and supplies clean flake to rPlanet Earth for its sheet extrusion and thermoforming.

“What Sharp Eye does is produce a much higher resolution detection—we can see down to the molecule level the difference between the PET bottle and the thermoform multilayer.”

In partnership with rPlanet Earth, Green Impact’s focus for the last two years has been addressing the challenges of recycling PET thermoforms. After consistently processing more than 1 million lb in an initial series of trials, the company is confident it has overcome the technical challenges of processing this stream and is ready bump production to 3 million lb/month in Mexico.

Still, it’s expensive to ship bales from California to Mexico and back again. “So the question became, how can we get rid of that cost? And the owners of rPlanet Earth asked if we would be interested in opening a plant in Los Angeles,” Victal recalls. “They committed to buying our product. And we thought, ‘Yeah, that's everybody's dream, right?’ Starting a plant with everything sold out.’”

Two weeks later, Victal found a plant about one mile from the rPlanet Earth facility in Vernon. In 2021, Green Impact Plastics plans to open the California plant while continuing to run their existing plant in Mexico. “The idea is to divert as much material as possible from landfills,” Victal adds.

Zeroing in on Sortation

Sortation is a key to this new recycling process. Small but critical differences in the chemical properties of PET food trays and PET bottles mean that they must be separated for equivalent-product recycling.

The key to this process is Tomra’s Flying Beam technology. As the first near-infrared (NIR) scanning system with point-scanning (eliminating the need for external lamps), this focuses only on the area of the conveyor belt being scanned. Allowing a wide range of calibration possibilities, this can distinguish even the finest molecular differences in materials flowing down the recycling line. Combined with Tomra Sharp Eye technology that introduces a larger lens for higher light intensity, it is reportedly possible to detect even the most difficult-to-distinguish properties. 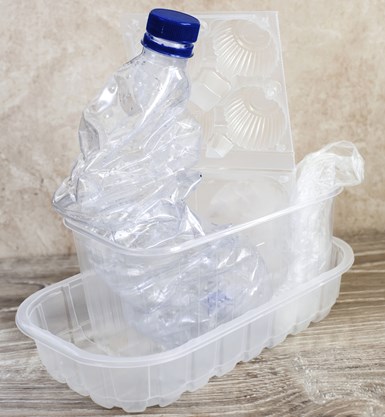 The Tomra sorting technology can highlight the differences between the PET bottle and the PET tray.

While the Sharp Eye technology is commonly found at the materials recovery facility (MRF) level, Green Impact is bringing the technology to its plants to create a cleaner PET thermoform product for tray-to-tray recycling.

Earlier this summer, Tomra installed the Autosort with the Sharp Eye Technology and Autosort Flake at Green Impact’s plant in Juarez. “The system is installed in Mexico and we’re producing beautiful material already,” Victal says. “We’re just in a couple days of operation and we’re very pleased with the results.”

Nick Doyle, recycling area sales manager for Tomra, says that what makes this technology from Tomra appealing is the ability to identify the differences between the single-layer PET in the forms of bottle and the multi-layer PET thermoform.

“When we came out with our Sharp Eye technology, that’s what really blew the doors open for us to make a very precise read and sort of thermoform materials,” Doyle says. “What Sharp Eye does is produce a much higher resolution detection—we can see down to the molecule level the difference between the PET bottle and the thermoform multilayer container, and that’s critical. So we're able to identify very easily, okay, this is a bottle; this is a thermoform.”

Victal said they decided to install the machinery at their plant since one of the challenges has been getting their hands on the thermoform material. Many MRFs operate with the same equipment and aren’t able to separate out the PET material. Given the increased volume of PET thermoforms in the materials stream, MRFs are missing PET thermoforms that are going into the PET bales.

“We are telling them there is a very successful way to sort thermoforms with the Tomra system,” he notes. “We’re also promoting that at the MRF level so they could be able to provide us with bigger volumes of thermoforms.”

Victal says that for the California plant, all the equipment has been ordered. And while COVID-19 has slowed down the process a bit, they are going forward as planned.

“One of the key pieces is to demonstrate the Tomra unit in Mexico, and we moved forward with that sooner than expected, to not only to validate the technology but also to start pumping more volume to that plant,” he says.

Doyle says it’s exciting to work with a customer like Green Impact as they're creating a new market for the material. “This is a great example of how you can do well by doing good,” he said. “At the end of the day, it's all about closing the loop on these hard-to-recycle or originally hard-to-recycle streams and show that, ‘Hey, with a little bit of thought, effort and passion for a vision of the circular economy, you can really achieve closing the loop on all these materials.’ And that’s what they’re doing.”