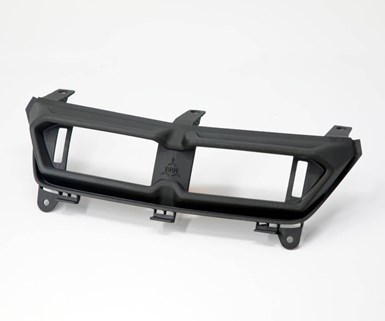 “With the Carbon Digital Manufacturing Platform, we were able to go from an initial concept to showing the final part on a show car in only three weeks, passing through many different design iterations to get the best result. Just three months later, we were able to move into production,” said Maurizio Reggiani, chief technical officer at Automobili Lamborghini.

“We wanted to give our designers and engineers the ability to produce better parts, and we can do this by leveraging Carbon DLS technology. We were also able to simplify the supply chain and reduce the time-to-market for these parts,” said Stefan Gramse, chief procurement officer at Automobili Lamborghini. “Moving forward we are putting more effort and resources on using additive manufacturing technologies for production of parts for Lamborghini vehicles, and in working with Carbon, we have found a partner that shares our vision for creating best-in-class products that push the limits of what’s possible.”

Through this and other partnerships with global companies, Carbon is applying years of learnings from high-volume production in adjacent markets to manufacture durable, end-use parts for the automotive sector.