Plants in five states have reopened, after a variety of measures taken to support employees, customers and communities.

With coronavirus-inspired lockdowns gradually easing in some locations, Winnebago Industries announced restarting of production at its nine U.S. plants on a staggered schedule from April 13 through May 11, aligned with a confirmed base of existing orders. Winnebago is a major producer of recreational vehicles, motor homes and boats (Chris-Craft brand), based in Forest City, Iowa. The company voluntarily ceased production operations (while maintaining “essential activities for its dealers and end customers”) during the week of March 23rd. As of the end of its second fiscal quarter on Feb. 29, the company had more than 5500 employees and was on its way to $2.4 billion annual revenues. 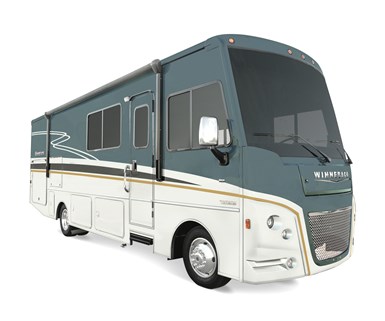 While plastics processors nationwide are wrestling in their own ways with the economic challenges posed by the pandemic, there is much to admire, and perhaps envy, in Winnebago’s approach.

As the company resumes operations, all employees are required to adhere to applicable safety protocols, including social distancing, strict sanitizing practices, use of personal protection equipment (PPE), and daily employee health checks.

During the shutdown, Winnebago implemented various cost-containment measures, including reducing CEO Michael Happe’s salary by 25% for the remainder of Fiscal 2020, while also cutting the Board of Directors’ cash compensation by 25%, “materially reducing” cash compensation for the Executive Leadership Team, and postponing merit increases for salaried employees for that period.

Meanwhile, the company launched the WGO Together Fund, described as “a COVID-19 emergency assistance resource for Winnebago Industries employees with particularly high financial hardship due to the pandemic.” The fund is supported by a multiple six-figure grant from the Winnebago Industries Foundation and offers a dollar-for-dollar match, up to a certain cap, to employees, families and friends who wish to make tax-deductible contributions to the fund.

According to a company statement, the Winnebago Industries Foundation also has “provided timely funding in support of COVID-19 response and recovery across its communities in Iowa, Indiana, Minnesota, Florida, and Oregon, to address immediate needs such as hunger and childcare for healthcare workers.”

The company also has been producing medical masks and face-shield parts for MercyOne North Iowa Medical Center and donated 1000 N95 masks and numerous sets of protective gloves to the Beacon Health System in Indiana.

Winnebago Industries has been well positioned to make these efforts on behalf of its employees, customers and communities. It has a strong liquidity and financial condition, with $123 million of cash on hand at the end of February, which increased materially during March and April. The company also has access to a $193 million line of credit that it has not yet tapped.

And the market picture for Winnebago is looking up: CEO Happe stated on April 29, “We are cautiously optimistic about several indicators within the outdoor industry, including an uptick in campground reservations and marina traffic in select areas, continued low gas prices and interest rates, easing of stay-at-home restrictions in some states, and improved access to some state and national parks.”