The Editorial Board of the venerable Wall Street Journal on Tuesday called for a reversal of New York state’s March 1 ban on plastic bags. Citing “terrible timing” on the part of environmentalists—since March 1 also was the day New York confirmed its first case of coronavirus—the opinion piece called on “officials in the Empire State and elsewhere (to) immediately suspend their plastic bag bans” to protect the public.

In the words of the WSJ Editorial Board, “Reusable shopping bags may harbor the virus and could facilitate its spread in grocery stores and pharmacies that remain open even as workplaces, schools and restaurants shutter. Yet in California, New York, Seattle and elsewhere, plastic bags are banned and shoppers are urged to rely on reusable bags.”

The WSJ piece noted that reusable bags were identified as possible culprits in the 2013 deaths in Oregon of “millions of American piglets...amid an outbreak of novel swine enteric coronavirus disease;” and 2010, when a handful of teens and adults got sick after attending a soccer game where they were exposed to a contaminated bag and its contents. 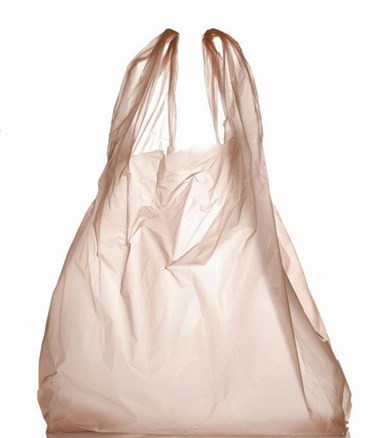 The Wall Street Journal also noted a research study conducted in 2011 in which the University of Arizona and Loma Linda University surveyed grocery shoppers and randomly tested their reusable bags. “Large numbers of bacteria were found in almost all bags and coliform bacteria in half,” the study, which was funded in part by the American Chemistry Council and published in Food Protection Trends, determined. The majority of shoppers surveyed said they rarely or never washed them, researchers found.

Not surprisingly, the WSJ piece was welcomed as a refreshing change of pace by Matt Seaholm, executive director of the American Recyclable Plastic Bag Alliance, which for years has been battling state and local government bag-ban proposals across the county. “The Wall Street Journal Editorial Board is absolutely spot on in their editorial from today,” Seaholm said in response to an email inquiry from Plastics Technology. “It has been shown over and over again that reusable bags do not get washed and can be traps for bacteria and contamination. We are calling on leaders at all levels to ease restrictions on single-use products to ensure sanitary and hygienic items like plastic bags can be used.

"The traditional plastic retail bag remains the best option at the checkout counter for the environment, for convenience, for cost, and yes for health safety as well," Seaholm added.