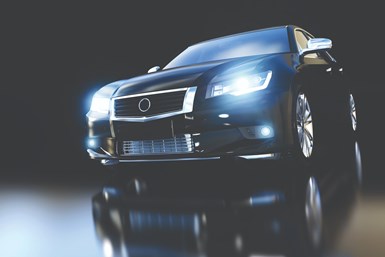 One of the differences between the way Americans buy vehicles and much of the rest of the world does is that — at least pre-Tesla — Americans don’t order vehicles but shop for a vehicle.

That is, they go into a dealership with the intention of buying something and the expectation is that the delivery of whatever that is will take no more than a few days and ideally takes a few minutes.

Meanwhile, in other countries people actually order exactly what it is that they want, from what’s under the hood to what covers the seats to the exterior color. They expect that it will take weeks, and they get what they want.

The Axalta “2021 Automotive Color Preferences Study” bears this out.

In the U.S., Germany and Mexico the color black is considered to represent Elegance; in China the color signifies Stable. (Image: Axalta)

The study, which surveyed consumers around the world, found that while, for example, 99% of Chinese vehicle purchasers say that “color is a key factor when buying a vehicle,” that’s the case for just 79% of Americans.

What’s more, 64% of Chinese buyers would opt for a vehicle from another manufacturer than the intended one if their preferred color is not available.

Only 33% of American buyers would change manufacturers if the color they want isn’t available.

Another interesting finding regarding U.S. vehicle buyers compared with those in the other markets surveyed is that with regard to paint finishes — with the categories including Solid (no sparkle), Pearlescent (shimmering), Liquid Metallic (brilliant), High Chroma (rich color), Course Metallic (high sparkle), and not sure — 45% of Americans answered Solid (no sparkle).

Not only is that choice by far the preferred one in the U.S. (Pearlescent is in second place, down at 29%), but the 45% is the highest preference for a finish in any of the four countries.

That is, #1 for the Chinese is also Solid (no sparkle), but that is preferred by just 30% of consumers. In Germany 35% opt for Pearlescent (shimmering), and in Mexico it is Course Metallic (high sparkle) preferred by 26%.

Solid (no sparkle) is not only the dominant type of finish, but black is the favorite color in the U.S. by far: 30% give black the nod, with the second preferred finish, white, is back at 15%.

What’s more, when asked whether they’d repaint their vehicle for purposes of keeping it longer and looking fresh, 25% of those surveyed in the U.S. said they would and of them, the top color was black (28%, with 16% indicating blue).