Served as president and COO of auxiliary equipment supplier for more than 18 years.

Longtime plastics machinery executive E. Niles Kenyon passed away on Sept. 12, 2019 in Vero Beach, Fla., surrounded by his family. He was 78.

Kenyon was a highly respected leader in the plastics industry, serving as president and COO of Conair Group Inc., a leading supplier of auxiliary equipment for plastics processors, from 1986–2004. He also served as vice chairman of the board of the Machinery Division for the Society of the Plastics Industry (now the Plastics Industry Association).

Kenyon was a graduate of Pennsylvania State University with a Bachelor of Science degree in aerospace engineering. He received the Distinguished Engineering Alumni Award in 1996. He was a member of the Beta Theta Pi fraternity.

At Conair, Kenyon spearheaded the development of a comprehensive engineering partnership between Penn State and Conair with the goal of speeding the transfer of university-developed technology to the factory floor. In addition to supporting individual projects, Conair donated or loaned equipment and provided curriculum support in a prototype effort to channel industry collaboration in a university setting. 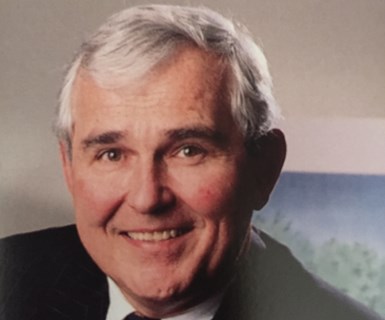 “Niles traveled widely all over the world with me on behalf of Conair when the plastics industry was becoming more global,” said Vince Witherup, who was responsible for international sales for Conair. “He was a tremendous man, and this is a great loss for his family and colleagues.”

“He had a charisma that made him a natural leader,” said Don Walmsley, owner of Plastic Systems Inc. and a sales representative who worked with Kenyon for many years. “His personality was what drew people to him, but it was his ability to connect with those people that led to his success.”

Prior to working in plastics machinery, Kenyon was a sales executive in the titanium industry.

He is survived by his wife, Jayne, sons Todd and Troy, and six grandchildren, along with his beloved Portuguese Water Dog, Millie.