Technimark (Asheboro, N.C.), which is owned by Pritzker Private Capital, has acquired Ireland’s Tool & Plastic, which has been in operation for 52 years and has facilities in Ireland and the Czech Republic.

Offering cleanroom molding and assembly, including multiple ISO Class 8 Cleanroom environments in its facility in Ireland and an IATF 16949 compliant facility in the Czech Republic, Tool & Plastic supplies the medical device, pharmaceutical and consumer product sectors. 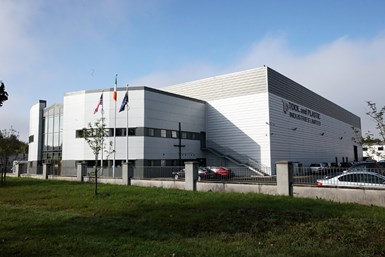 The Irish facility covers nearly 38,000 ft2 and was purpose-built in 2007 on a 3-acre site in Longford. It runs 38 injection molding machines with clamp force ranging from 22 to 800 tons. The Czech facility in Ostrava was purpose built in 2008 on a 1.5 acre site and covers nearly 27,000 ft2. Injection molding machines there range in size from 50 to 350 tons.

The addition of Tool & Plastic gives Technimark a total of 13 facilities and over 4,400 employees worldwide, with operations in the U.S., the U.K., Mexico, China and Germany. Pritzker Private Capital partners backs 10 different companies, including plastics related businesses ProAmpac and Plaskolite. Pritzker acquired Technimark in April 2014. At the time, the company operated nine facilities located in the U.S., Mexico, Germany and China.

Tool & Plastic’s operations in Ireland and the Czech Republic join 13 globally for Technimark.