The ProfilControl7 S from Pixargus, Würselen, Germany, in an inline gauge that reportedly makes it possible to inspect the complete wavy structure of corrugated tubing gaplessly. Newly developed algorithms enable—reportedly for the first time ever—the inspection of so far undetectable areas...not only the peaks and valleys, but also the transition areas inbetween. This inspection capability reduces out-of-spec production and will cut process costs. 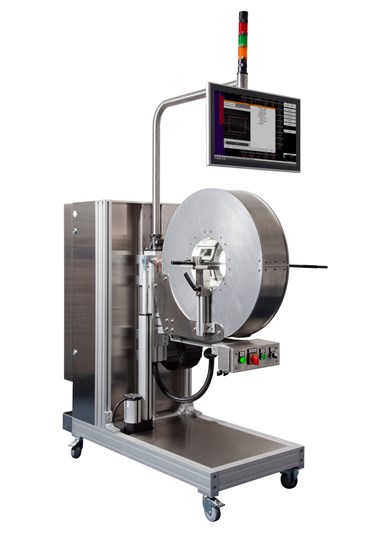 Eight high-performance cameras capture the surface structure of corrugated tubing from different angles, inspecting not only the peaks and valleys, but also the transition areas. Entirely new algorithmic processes were developed to enhance the software, which is now able to detect the change from plane to wavy and vice versa by masking out specific surface structures. This makes even extremely small flaws visible. Holes, dents, blisters, nodes, scratches, fissures or poorly crimped joints will be detected with 100% reliability. As a result, out-of-spec production of corrugated tubing can be immediately reduced—as well as the production costs.

The PC7 S inspects corrugated and spiral tubing of virtually any geometry, surface structures and colors. It is designed for tubing of up to 30-mm dia. The modularly scalable system can be easily integrated into Industry 4.0 environments and comes with all common interfaces.