The HPS III-MV multi-tip nozzle for the vertical gating is a new and more powerful version of the technology, according to Ewikon. Well suited for engineering resins with narrow process windows or fiber-reinforced plastics, the HPS III-MV features a coil heater integrated into the pressure tube for stable heating and an even temperature profile. 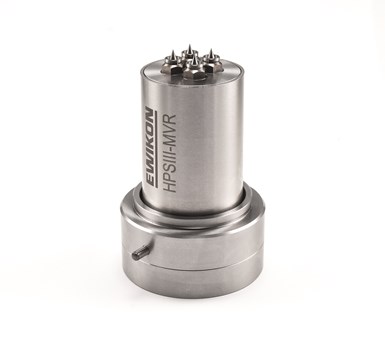 The nozzles are available in two body diameters that can be paired with several tip insert sizes for simultaneous gating of a maximum of six parts, with pitch diameters from 10.5 to 25 mm. A front installation option facilitates easy maintenance. Nozzles can be replaced or tip inserts exchanged once the cavity plate has been removed. An optional hot sprue version is also available.

A portion of the melt distribution was integrated into the nozzle, keeping the manifold compact and reducing the total flow path length. This also reduces residence time for materials that are temperature sensitive.

Ewikon says its smart Control acts as a process monitoring device for hot runner systems. Available as an option on new hot halves, it comes wired and mounted. The system monitors, analyzes and logs all relevant process and system parameters over a mold’s entire life. Data, including nozzle and manifold temperatures, running times, downtimes and shot numbers, are automatically collected and logged. User-defined critical values can trigger alarms that can be reported by e-mail. All data can be exported by using WLAN or Ethernet, and the three digital inputs and two digital outputs allow additional digital signals to be processed. Collected data can be accessed and visualized via a browser-based user interface accessible from mobile devices or over a company’s network. Data can also be transmitted directly to Ewikon for remote diagnosis on system errors. 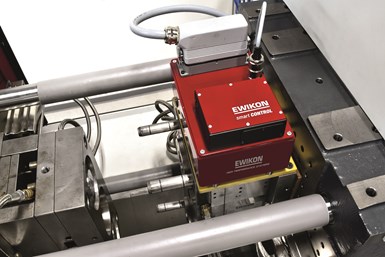 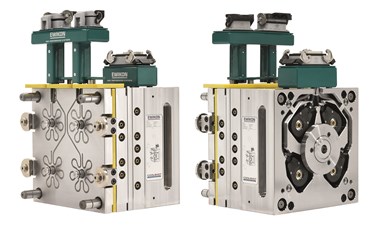 The water cooled cold runner nozzles are available with various tip versions depending on the LSR grade being run. These tip options allow the thermal separation to be tailored for faster cycle times.