With the new inline gauge The ProfilControl7 S CorrugatedTube inline gauge from Pixargus is said to make it possible to inspect the complete wavy structure of corrugated tubing. Newly developed algorithms enable, for the first time ever, areas previously considered undetectable to be inspected—not  only the peaks and valleys, but also the transition areas in between.

This inspection capability reduces out-of-spec production and will cut process costs, says the company, based in Würselen, Germany. An innovative sensor head and new algorithms reportedly ensure total defect detection. Eight high-performance cameras capture the surface structure of corrugated tubing from different angles, inspecting not only the peaks and valleys, but also the transition areas. 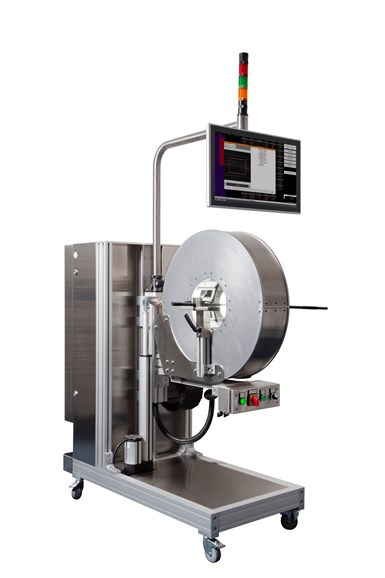 Entirely new algorithmic processes were developed to enhance the software, which is now able to detect the change from plane to wavy and vice versa by masking out specific surface structures. This makes even extremely small flaws visible. Holes, dents, blisters, nodes, scratches, fissures or poorly crimped joints will be detected with 100% reliability. As a result, out-of-spec production of corrugated tubing can be immediately reduced – as well as the production costs.