PolyQuest’s facility in Darlington, S.C., serves as both the flagship distribution center and the company’s main PET recycling operation.

Brand owners’ commitment to sustainability has caused a rippling effect in the plastics industry. The demand is there for recycled plastics and companies are answering the call. This is one reason why PolyQuest, a large distributor of PET resins in the U.S. and Canada, is placing a greater focus on its recycling operations.

For 20 years, PolyQuest has sold virgin PET resin to basically every application there is for the material.  “We’ve got a broad portfolio of PET resins that we can market to our customer base,” says Tod Durst, president of PolyQuest. “So we go into the smaller bottle companies, we sell into the sheet extrusion market, which ultimately becomes thermoformed. We're very big into film, thin-gauge film, fiber, strapping, and even compounding. So we really sell to the entire market.”

What first prompted the company to get involved in recycling was existing customers asking for solutions on their plant scrap. “We felt that if we were going to be in recycling, we had to have hard assets on the ground that could provide continuity of supply to our customers,” he says, “and also put us in a position where we can control the quality of the product going through.” 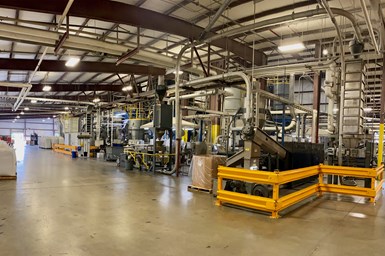 Inside look at the Darlington facility. The company’s total recycling capacity is approximately 150 million lb/yr.

The company’s first foray into recycling was on the post-industrial side in 2006. Durst recalls that when they started up the first line, it became wildly successful and they processed a lot of plant scrap for their existing virgin PET customers.

“And we grew from there. It really is a value-added proposition for us because we had customers that were looking for a solution they could not find elsewhere,” he notes.

The Wilmington, N.C.-based company produces recycled PET resins at its Darlington, S.C., facility. Using either post-industrial or post-consumer recycled PET feedstocks, PolyQuest can manufacture amorphous, crystallized and solid-stated rPET resins that are either non-FDA or FDA approved for food contact. Darlington serves as both the flagship distribution facility and the company’s main PET recycling operation. The company also has a recycling facility in Farmingdale, N.Y.

“We had customers that were looking for a solution they could not find elsewhere.”

In 2013, PolyQuest purchased the former Pure Tech washing plant in Farmingdale and invested capital into the facility to get it up and running under the new name PQ Recycling. At that facility, PolyQuest is taking bottle-deposit redemptions and converting them into food-grade flake.

“We have the capacity at our Farmingdale facility to supply washed recycled PET flake to our customers. Or if we so choose, we can take that flake to our facility in Darlington, where we can pelletize it and turn it into a 100% post-consumer recycled pellet, with full regulatory approval including food contact. We can sell either the flake or the pellets to the same customer base that we sell virgin PET to,” Durst notes.

In Darlington, where the company makes the PCR pellets, they can use the flake they make in New York or can be a merchant buyer of washed flake, which doesn’t necessarily have to be from bottle deposit. Durst said it could come from MRFs, curbside collection, or even imported from Latin America—in which case, PolyQuest would be buying from another reclaimer or washing plant.

“We have a pretty broad portfolio of supply from different qualities and geographic regions that we can pull from,” he says. 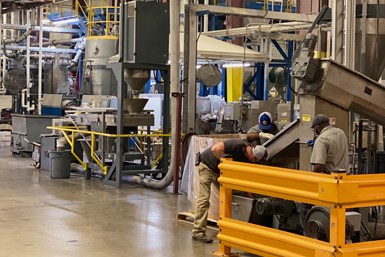 The Darlington plant has shredders and grinders along with two Vacurema systems from Erema.

“Our customers will send us their waste streams and we will process them, whether they be PET, PETG, nylon, or polyolefins, whatever it may be. We convert their post-industrial waste streams back into a melt-filtered resin, which allows them to reintroduce it back into their process rather than going into a landfill,” he notes. “That's more or less what Darlington is all about. We've got the Vacurema systems for our post-consumer FDA business, and then we've got two other Erema systems for our post-industrial applications.”

“We felt that if we were going to be in recycling, we had to have hard assets on the ground that could provide continuity of supply to our customers.”

Earlier this year, PolyQuest announced that it will invest further in its PET recycling operations at Darlington to meet growing demand for post-consumer recycled content. The plans call for building at least one additional FDA rPET line that is scheduled to be operational by Q3 2021. The company says that the resin produced on this line will be suitable for use in the vast majority of PET applications.

“We have additional pelletizing capacity in Darlington as needed if we wish to ‘bolt on’ another IV enhancement line, which we are considering as we grow our post-consumer recycle footprint in PET resins,” notes John Marinelli, CEO of PolyQuest. “Consistent with our long-term vision, we would like to maintain the recycle share of our total thermoplastics business portfolio over time.”

At Farmingdale, Nettles states PolyQuest has first-class sortation capabilities, as this facility uses full bottle sortation to sort out the colors, other thermoplastics and metals.

“It's older technology, but a very proven technology, and there are very few providers that have an FDA letter on their wash flake like we do,” he said. 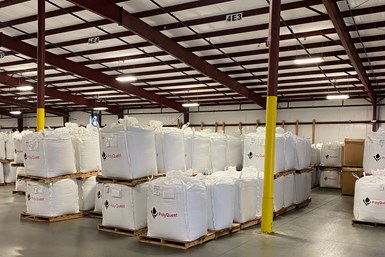 Packed pellets at the Darlington facility.

However, about three years ago, Durst says they noticed the shift toward recycle from brand owners. PolyQuest is seeing more interest and activity from converters and brand owners wanting to find sustainable solutions. Even with COVID-19, 2021 forecasts for recycled PET are higher than this year. The PolyQuest team sees nothing but continuous increase going forward.

“In general, from the brand owners, whom we are either dealing with directly or we're dealing with the converter that supplies bottles, we’ve seen a lot of activity, discussion and the commercialization of products that were historically in a 100%-virgin PET bottle and are now in a 100% recycled PET bottle,” Durst said. “We take a lot of pride in being a small part in the success of recycled PET growth in North America.” 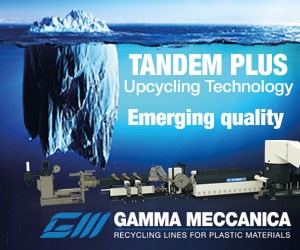