What to See at NPE 2006: Injection Molding

Sumitomo’s SE-HS is one of several new all-electric machines with direct drive for high-speed operation.

Conair will unveil its Axess line of servo-driven beam robots, priced 20% below other servo models.

Energy-saving all-electric machines will continue to be a big draw at NPE, where new designs or upgraded models will be found in virtually every press maker’s booth. All-electrics with direct drive (instead of belts or gears) on injection units and/or clamps is one trend apparent at some machinery OEMs. For example, the brand-new Canbel VE line from Negri-Bossi replaces its Elma series with direct-drive injection and toggle clamping (now even on larger sizes) for faster movements. Sumitomo’s new SE-HS series of mid-sized high-speed machines feature direct-drive systems for injection and clamping and are designed for high-speed applications requiring 1300 mm/sec mold-open/close speeds. And the new Powerline NT model from Milacron features a direct-drive injection unit. 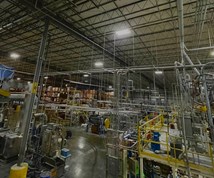 Other all-electrics making their debut include the EX series from Krauss-Maffei that incorporates a compact “Z-Lever” clamp design that’s said to be simpler than the one used on the previous Eltec hybrid line. The electric J-AD line from JSW delivers injection speed up to 800 mm/sec with a new high-speed option. The new Elion line from Netstal features a cam-like toggle clamp that shrinks the machine’s overall size.

A new clamp design, an injection unit capable of long holding pressures, and all-digital servo control are part of the new MD-X series from Niigata, which will also present its wide-platen electric MD-W series. Several new, as yet undisclosed features will be found on the new ECNII series from Toshiba. Nissei will show a new Elject DCE electric press designed for two-color molding. JSW will bring both its newer J-AD electric models and established J-ELIII series.

Existing all-electric models that will receive a control or mechanical upgrade for improved performance and efficiency include the HTD series from Haitian , the Fanuc Roboshot press offered here by Milacron, Nissei’s NEX series, and the V-alpha series from Victor/Fortune.

Hybrid presses that employ electromechanical, electrohydraulic, or all-electric clamping will be presented by Dima, HPM, Husky , Meiki, DPG, Mitsubishi, and Plustech/Sodick. Hybrids that utilize electric drive only on the screw include the new Boy 55Ae machine.

Among new two-platen units, Demag is showing Titan 1100- and 1500-ton models. Sandretto is bringing the Freedom HES, the result of a collaboration with its sister company, HPM. Krauss-Maffei will unveil its CX series. Battenfeld will present its upgraded HM series with higher injection pressures. Chen Hsong and Dima will also show hydraulic toggle and two-platen machines.

Small units will also be on display. A.B. Machinery will show its AB-400 floor-standing semi-automatic press for parts up to 0.5 oz. Miniature Plastic Molding will show its new “Wasp” Mini-Jector for small production runs of 100 pieces. Battenfeld will also demonstrate its Microsystem 50 press.

Numerous European and Asian OEMs are coming to NPE to raise their profile in North America. They include Borch Machinery (represented by Norwell Plastics) Ningbo Huare, Zhangjiang Huafeng, and Zhejiang Sound from China; L.K. Machinery (represented by Quantum Machinery International) and Welltec from Hong Kong; Asian Plastic Machinery, Chuan Li Fa , Huarong, and Multiplas (represented by New Pacific) of Taiwan; Luxber of Spain; Presma of Italy; and IMG Plastec, a German/Polish supplier of ma chines built in the Far East.

In addition, Dekuma and Desma of Germany, Rep of France, and Sungjin of Korea will display rubber injection presses in the Rubber/TPE Pavilion, which is making its first appearance at this show.

In PET preform machinery developments, Netstal will premiere its new Pet-Line 6000-6600R with a 192-cavity mold that can put out 90,000 preforms/hr. Other suppliers of preform systems at the show include Luxber and IMG Plastec.

New top-entry traversing, gantry and beam style robots are achieving ever higher speeds. Look for new models from Automated Assemblies , CBW , Conair , Hyrobotics, Kawaguchi, Sailor, and Wittmann. New side-entry models will be shown by Ilsemann and Yushin, and sprue pickers by Sailor. Logic One is showing retrofit controls that can boost the speed and repeatability of older pneumatic robots with electric inverter motors at lower cost than servos. SAS has new replaceable EOAT for pickers and “programmable” tooling for gantry robots that changes the positions of the suction cups for different jobs.

The trend toward using more sophisticated articulating-arm robots with five or six axes (or more) to add secondary operations to machine tending is evident in exhibits by ABB, Hekuma, Kuka, Motoman, and Staubli. Motoman gives a new look to robots with a model that has two arms that can function in a human-like manner. Hekuma will show the X-flex system from Animex of Sweden. It allows one robot to tend interchangeable modules for secondary operations. And Kuka is offering a new software package of injection molding functions that eases robot integration with injection machines from 100 to 6000 tons.

There will also be new vision systems for part or mold monitoring from Automated Assemblies, Avalon, Comet Automation, and Logic One.