PolyOne’s thermally conductive compounds are used in automotive and E/E applications such as LED lighting, heat sinks and electronic enclosures.

RTP’s thermally conductive compounds are used in housings like this battery case, as well as heat sinks and more integrated heat-spreading components.

OEMs in industries such as electrical/electronics, automotive, lighting, medical devices, and industrial machinery have been hot for thermally conductive thermoplastics for several years now, as they seek new solutions for applications that include heat sinks and other heat-removal devices, LED enclosures, and electric battery housings.

Industry studies have indicated these materials are growing by double digits, driven by new applications like all-electric vehicles and complex automotive and large commercial LED lighting assemblies. Thermally conductive plastics are challenging more traditional materials such as metals (notably aluminum) and ceramics because they offer a gamut of advantages: Plastic compounds weigh less, cost less, are easy to mold, can be customized, and also offer more in the way of thermal stability, impact strength, and resistance to scratching and abrasion.

Additives that boost thermal conductivity include graphite, graphene and ceramic fillers such as boron nitride and aluminum oxide. Technologies for their use are also advancing and have become more cost-effective. Another trend is the entry of lower-cost engineering resins such as nylons 6 and 66 and PC in thermal conductive compounds, making inroads against higher-priced materials that were more typically selected, like PPS, PSU and PEI.

WHY THE DEMAND IS GROWING

What’s the fuss about?  “The ability to mold net-shape parts, reduce component counts and assembly steps, and reduce weight and cost are all drivers for the adoption of these materials,” says a source at RTP. “For some applications, such as electrical housings and component overmolds, the ability to transfer heat while being an electrical isolator is a large point of interest.”

James Miller, field development engineer for Celanese (formerly with Cool Polymers, which was acquired by Celanese in 2014), says electrical and electronic components, particularly those in electrified vehicles, continue to shrink as component spaces become more physically crowded. “A factor limiting the size reduction of these components is their ability to manage heat. Improvements in thermally conductive packaging options enable smaller and more efficient devices.”

In power electronics, Miller points out that thermally conductive plastics enable overmolding or encapsulation, a design option not available with metals or ceramics. In the case of heat-generating medical devices, such as those with cameras or cauterizing components, the design flexibility of thermally conductive plastics enables lighter-weight, functional packaging.

Noting that the automotive and E/E sectors have the greatest demand for thermally conductive compounds, Jean-Paul Scheepens, general manager of PolyOne’s specialty engineered materials business, says these products meet multiple customer and industry needs, including expanded design freedom, enabling designs with increased surface areas for more thermal variability. “Thermally conductive polymers also offer greater lightweighting options and part consolidation, such as incorporating a heat sink into the same component as the housing, and the ability to create more uniform thermal-management systems. The favorable economics of the injection molding process is another positive factor.”

Joel Matsco, senior marketing manager for polycarbonates at Covestro, sees thermally conductive plastics finding traction primarily in automotive applications. “With approximately a 50% density advantage, they can contribute significantly to lightweighting. This can also extend to battery electric vehicles. Many battery modules still use metal for thermal management, and since most modules use many repeating structures internally, weight savings from replacing metal with a thermally conductive polymer adds up quickly.”

Covestro is also seeing a trend toward weight reduction in large commercial lighting assemblies. “A high-bay light weighing 35 lb rather than 70 lb requires less structure and is easier for installation crews to handle on a scaffold,” notes Matsco. Covestro also has projects for electronic housings such as routers, where the plastic component serves as a container and provides thermal management. “In all markets, we also find a cost reduction of as much as 20% can be realized depending on the design,” says Matsco.

Celanese’s Miller says CoolPoly TCP provides a solution for the growing segment of automotive heads-up displays (HUD)—an application that requires higher heat dissipation than even lighting, due to the confined dashboard space, which has limited airflow, as well as the heat from sunlight that bathes this location of the car. “The lightweighting advantage of a thermally conductive plastic over aluminum reduces the effects of shock and vibration felt in this part of the vehicle, which might cause image distortion.”

CoolPoly TCP provides flexibility in convective design to meet the heat-transfer needs of numerous applications that historically used aluminum, with the benefits of injection molding using one-third as much energy as aluminum die casting and offering a six-fold longer tool life.

“One of the key drivers for thermally conductive Makrolon PC is the ability to integrate heat-sink functionality directly into lighting components such as reflectors, bezels and housings, using a multi-shot molding or a two-component approach,” Matsco states. “With reflectors and bezels often made of PC, improved adhesion is seen when molding a thermally conductive PC second shot onto them to manage heat, thus reducing the need for attachment screws or adhesives. This reduces part count, secondary operations and overall system-level costs. Also, in the realm of electric vehicles, we see opportunities in thermal management and support structures in battery modules.”

Also in electric vehicles, BASF’s Naamani-Goldman says battery-pack components like cell separators are very promising. “Lithium-ion batteries generate a lot of heat but need to be in a constant environment about 65 C or they degrade or fail.”

WHICH RESINS ARE GAINING TRACTION?

Initially, thermally conductive plastic compounds were based on higher-end engineering resins; but in the last few years, volume engineering resins like nylon 6 and 66, PC, and PBT have been getting a lot of play. Says Covestro’s Matsco, “All of these have been seen out in the wild. However, the market seems to be settling mainly on nylon and polycarbonate due to cost.”

While PPS is still used fairly often, PolyOne has seen growth in both nylon 6 and 66 as well as PBT, says Scheepens.

RTP says that nylons, PPS, PBT, PC and PP are the most popular resins, but many higher- performing thermoplastics such as PEI, PEEK, and PPSU can be used, depending on the challenges of the application. Says an RTP source, “For example, a heat sink for an LED light can be made from a nylon 66 compound to provide thermal conductivities up to 35 W/mK, whereas the case for a surgical battery that must withstand frequent sterilization requires a PPSU compound to maintain electrical insulating properties and reduce moisture buildup.”

BASF has several commercial thermally conductive compounds, including nylon 6 and 66 grades, says Naamani-Goldman. “Several applications like motor housings and electrical infrastructure are in production using our materials. This is an active development area as we continue to identify customer needs for thermal conductivity. Many customers don't know what level of conductivity they need, and materials must be tailored to specific applications to be effective.”

Depending on the application requirements, any one of a wide range of additives might be used for thermal conductivity, says RTP, noting that “the most popular continue to be additives like graphite, but we are always exploring new options like graphene or novel ceramic additive systems.”

An example of the latter was launched last year by Huber Engineered Polymers’ Martinswerk Div. Based on aluminum oxide and targeted for new mobility trends such as electrification, the Martoxid line of additives reportedly outperforms other aluminum oxides and other conductive fillers. Martoxid has been enhanced via control of particle-size distribution and morphology to offer improved packing and density, along with unique surface treatment. It reportedly can be used at filler loadings over 60% without compromising mechanical or rheological properties. It has shown excellent potential for use in PP, TPO, nylons 6 and 66, ABS, PC and LSR.

Covestro’s Matsco says both graphite and graphene have become commonly used, noting that graphite has a relatively low cost and moderate thermal conductivity, whereas graphene is generally higher cost but with significant thermal-conductivity performance advantages. He adds, “Thermally conductive, electrically insulating (TC/EI) materials are often requested, and this is where additives like boron nitride are common. Unfortunately, you don’t get something for nothing, and in this case the boron nitride provides electrical insulation but reduced thermal conductivity. Also, the cost for boron nitride can be high, so TC/EI must be a material property strongly needed to justify the increased cost.”

BASF’s Naamani-Goldman puts it this way: “The challenge is balancing thermal conductivity with other needs; ensuring that materials can be processed at high volumes efficiently, and that the mechanical properties don't drop too much. Another challenge is creating a cost-effective solution that can be widely adopted.”

Celanese’s Miller says the company has explored a wide variety of additives that combine the industry’s broadest selection of vertically-integrated base resins to deliver proprietary compositions that enable a thermal-conductivity range of 0.4-40 W/mK.

Covestro’s Matsco notes that as soon as that firm launched its thermally conductive Makrolon TC8030 and TC8060 PCs, customers immediately began to ask if they could be made electrically insulative. “The solutions are not that simple, and anything done to increase EI negatively impacts TC. We now offer Makrolon TC110 polycarbonate and have other developments in the pipeline to address these requests.”

BASF’s Naamani-Goldman says that different applications require thermal conductivity and additional properties, noting as examples battery packs and high-voltage connectors, both of which need to dissipate heat as well as comply with rigorous flame-retardant standards in case of a lithium-ion battery-pack fire.

PolyOne, RTP and Celanese have all seen a large demand for multifunctional compounds from all market segments and are providing compounds that offer thermal conductivity along with such functionalities as EMI shielding, higher impact, flame retardancy, electrical insulation, UV resistance and heat stability. 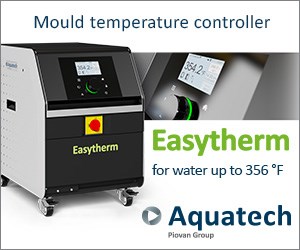