Italian stretch-blow molding machinery builder Siapi (siapi.it) had a lot to talk about at NPE2012 last month in Orlando, Fla.

Siapi says large, stackable, square-based PET containers are attracting attention in North America for chemicals and edible oils. Such containers can weigh 50% to 60% less than HDPE and still be stackable four-high.

Italian stretch-blow molding machinery builder Siapi (siapi.it) had a lot to talk about at NPE2012 last month in Orlando, Fla. That included a new series of two-stage (reheat) stretch-blow machines for custom bottles, with options such as a new, flexible neck-orientation system for oval or oblong shapes. Also new were several unusual PET applications, including conversion of 5-gal water coolers from polycarbonate (PC) to PET and conversion of large stackable containers from HDPE to PET, thanks in part to new-generation, ultralight preforms. There’s also news in PET wide-mouth containers. 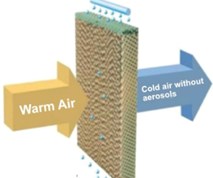 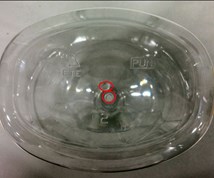 Siapi (represented here by Siapi America Inc., Norcross, Ga.) builds only all-electric reheat stretch-blow machines. Its two latest models are the linear EA4 and EA7, which accommodate two to 10 cavities and offer new options and kits aimed at demanding custom containers such as for cosmetics and household chemicals. These machines (and others in the line) can be equipped with Siapi’s newest advanced IR oven banks, said to save energy and optimize material distribution in the bottle. Additional precision in material distribution and weight savings of up to 15% reportedly can be achieved on oval and oblong bottles with a preferential heating option. Unlike competitive systems, there is no cycle-time penalty with this preferential
heating system, Siapi states.

Specializing in quick-change bottle format flexibility, Siapi has further improved its machine changeover process by reducing the number of change parts, using tool-less quick-release systems, and employing mold-change cart systems. The results are said to be even faster changeovers with minimal investment and reduced need for staff training. A complete machine changeover, including blow molds and change parts, can now be done in as little as 30 min.

Siapi has also expanded its custom bottle capabilities with its new IndexMatic flexible neck-orientation system, which is available in three configurations:

•Neck orientation coupled with preferential heating is suited to custom bottles with oblong or oval bodies. The preforms must be positioned in the mold with the same orientation, using special geometry on the support ring. The orientation system is easily accessible for quick changeovers between neck finishes and formats. Again, unlike competitive systems, there is no impact on cycle time, according to Siapi.

•Neck orientation without preferential heating provides precise and repeatable positioning of neck finishes on round or square containers with respect to two key bottle axes.

•Bottle exit orientation system aligns and delivers oval and oblong custom bottles so they exit the machine in a consistent orientation. This is necessary for automated bottle palletizing and for feeding directly to inline filling, labeling, and case packing.

More than 50% of Siapi’s installations in the last two years have been for producing large containers of 5 to 40 liters in one to five cavities. Machine models for such applications can produce up to 5500 bottles/hr of 5L size and 1500/hr of 20L. Siapi’s EA2S machine is described as “superflexible” because it can run 20L in two cavities, 10L in three cavities, or 5L in five cavities, simply by changing the mold and selecting the appropriate software program on the control panel. The EA2S and single-cavity EA1S can utilize Siapi’s HandleMatic system for automatic insertion of an injection molded PET handle during the blowing phase.

For the U.S. market, Siapi recently developed a 5-gal PET water-cooler bottle with an inserted handle as a conversion from PC. The PC standard weighs 760 g and has wall and base thicknesses of around 1 mm and 2 mm respectively. The PET container weighs 680 g and has wall and base thicknesses of only about 0.8 and 0.5 mm. Still, the PET container has a topload strength of 135 kg (297 lb) vs. 90 kg (198 lb) for PC, and the PET bottle’s light transmittance decreases only 6% after 10 washing cycles, vs. 15% for PC. The PET bottles passed a 1.2-meter drop test 100% of the time, before and after 10 washing cycles, while PC bottles passed only 60% before washing and 50% after washing.

Even more recent is an ultralight 5-gal water cooler for one-way use that Siapi created from new-generation preforms as light as 330 g. The finished container has a wall thickness around about 0.45 mm and base thickness around 0.4 mm. Its topload strength is 120 kg (264 lb)—still one-third higher than
a PC bottle weighing 130% more.

Another area of recent application development for Siapi is large stackable PET containers with square bases and volumes of 10, 16, or 20 liters. Developed initially for the North European market, such  containers are said to be arousing interest now in North and Central America for edible oils and for the
chemical industry.

One recent example was conversion of an HDPE container for environmentally friendly fuel to PET with a weight reduction of 50%. A special design allows the containers to be stacked four high.

Siapi also has been developing its EAWM series of widemouth container machines since 2004, largely in response to requests by North American customers. These machines can mold containers up to 12L with neck finishes up to 180 mm diam. in one to four cavities. A major project in North America converted a 500-ml PET jar with a 70-mm neck finish from single-stage (integrated) stretch-blow molding to  two-stage reheat technology.

The driving force behind this move was a reduction in container weight of almost 30%. Siapi helped  develop the container design and optimize the preform profile. This jar can be molded on Siapi machines at up to 4800/hr.