30 Editions On, Chinaplas Continues to Grow

Launched only five years after China’s 1978 Open-Door Policy reintroduced the country to the global economy, Chinaplas and the Chinese plastics industry have shared a meteoric rise over the last three decades.
#economics

Launched only five years after China’s 1978 Open-Door Policy reintroduced the country to the global economy, Chinaplas and the Chinese plastics industry have shared a meteoric rise over the last three decades. 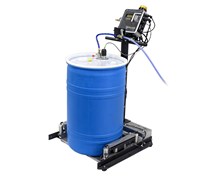 Have You Considered the Sustainability Benefits of Liquid Color? 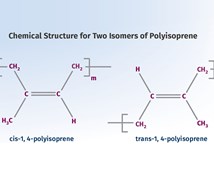 Born in 1983 but celebrating its 30th birthday in 2016 thanks to a short-lived 18-month show cycle when it first started, Chinaplas kicked offed its 30th edition celebration in Shanghai with song, cupcakes and a look back and forward from Stanley Chu, chairman of show organizer, Adsale.

In 1983 in Beijing, where the show formerly rotated to in non-Shanghai years, roughly 100 non-Chinese exhibitors showed their wares to the newly forming plastics industry over a couple thousand square meters. In 2016 in Shanghai, 3323 exhibitors covering more than 240,000-m2 will welcome more than 140,000 visitors, roughly 30% of whom come from outside China, to Shanghai.

Certain areas in the Chinese economy might have slowed in recent years, but Chinaplas is not among them, with 2016 exhibitors up 4% over 2015. Cause for celebration in an economy that is contracting in some areas for the first time in a long time and Adsale did at the April 23 Media Day event, rolling out cupcakes and coaxing the assembled trade press in a rendition of Happy Birthday to the now 30-yr-old show.

Going Forward
In addition to being a time for reflection on the past, birthdays represent an opportunity to think about the future, and Chu admitted the show’s growth, and the opening of a new exhibition center in Shanghai, are giving Adsale something to think about going forward.

Completely filling the Shanghai New International Exhibition Center’s indoor facilities, Chinaplas 2016 will once again turn to temporary tents and stands within the exhibition center’s courtyard, with 40,000-m2 of exhibitors in tents outside the brick-and-mortar halls, while an additional 30,000-m2 of booths languish on a waiting list to get in.

The new exhibition facility, on the other hand, would offer Chinaplas 500,000-m2 of space—400,000 indoor and 100,000 outdoors. Chu, however, noted that the new two-floor center is not purposefully built to display machine and poses some possible logistics challenges. Despite that, he added that Adsale will “keep monitoring the situation, evaluating alternatives in light of the best interests of the exhibitors and the visitors.”

In 2017, Chinaplas returns to its same venue in Guangzhou. In 2018…? “We will evaluate all the options and consider what to do in 2018,” Chu said. “It’s still open.”  (pictured below, Stanley Chu and Ada Leung of Adsale, marking Chinaplas's 30th birthday.)