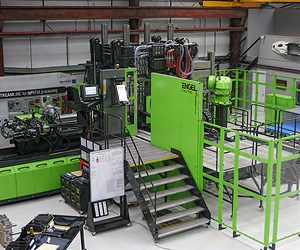 Injection Overmolding Widens Horizons For Composites Processor
A specialist in thermoset composites since the 1960s, CCP Gransden is a relative newcomer to thermoplastic composites and to injection molding. Its exploration of organosheet overmolding has opened up new potential. 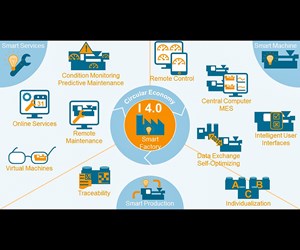 NPE2018 New Technology Focus: The ‘4.0’ Revolution
Injection and blow molding and robot suppliers are making Industry 4.0 the most prevalent theme of the show. 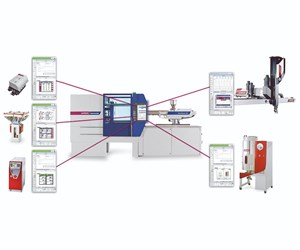 Injection Molding at NPE2018: A Showplace for the ‘Smart Factory’
In Orlando, you’ll glimpse the future, and it’s automated and interconnected. But don’t worry, there are plenty of ways for plants of all sizes to get in on these trends. 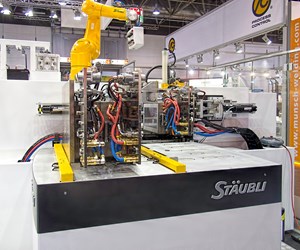 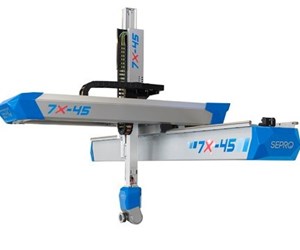 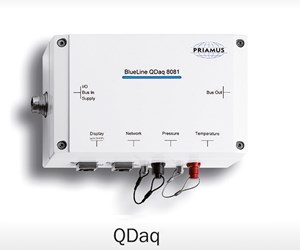 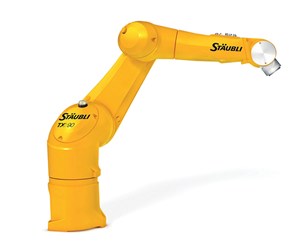 New Robots Made Safer Around People—Without Sacrificing Performance
One robot, five levels of safety around people. 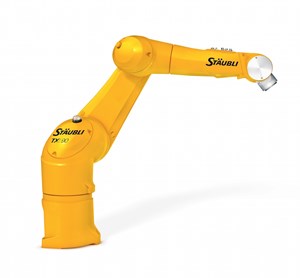 Trend to Watch: Making Robots Safer Around People—Without Sacrificing Performance
The five levels of Man-Robot Collaboration (MRC) and what they mean for higher speeds/greater payloads for cobots. 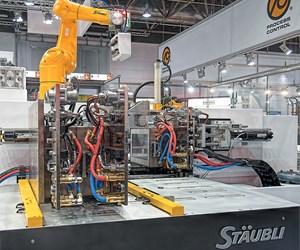 Fully Automatic Mold Change In Under 2 Min
Used in production with large presses. 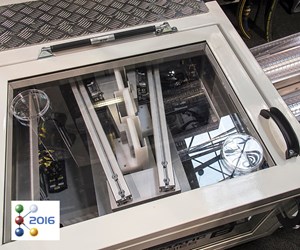 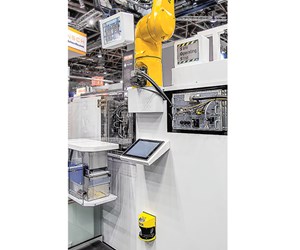 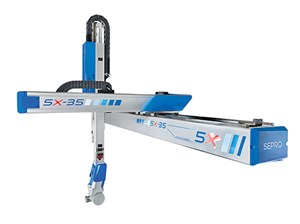 Why Five-Axis Cartesian Robots Are a Hit with Molders
Five-axis linear robots are proving to be a cost-effective alternative to six-axis articulated robots in many applications. 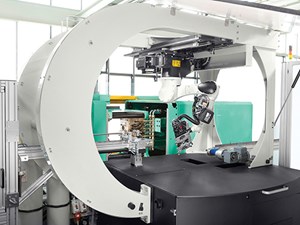 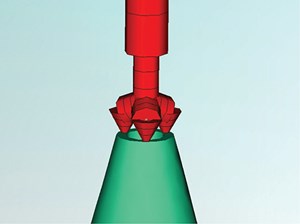 News in Hot Runners & Tooling at K 2013
Molds that break speed records for specific applications; hot runners for medical, packaging, and automotive parts; temperature and valve-gate controllers; and standardized mold components constitute a large grab-bag of news in the tooling category for injection molding at the Dusseldorf show. 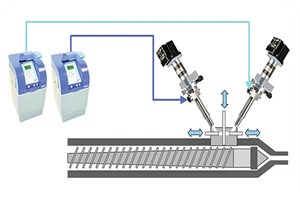 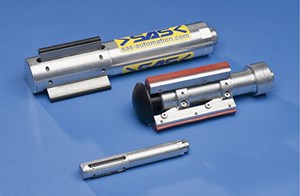 Robots at NPE: Faster, Stronger, Smarter
Among the many attractions in injection molding exhibits at NPE2012 were more intelligent robots with higher speeds and payload capacities 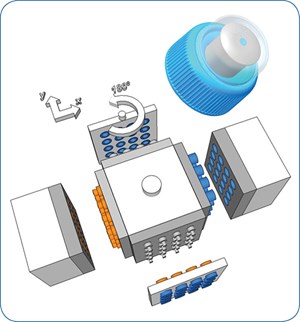 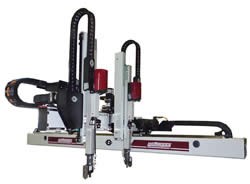 Servo Robots Show More Speed, Muscle & Brains
The recent NPE 2009 show in Chicago saw the debut of dozens of new and enhanced robots for injection molding. The vast majority of the new models were all-servo types, though some economized by mixing servo and pneumatic axes. These new robots emphasized higher speeds, heavier payload capacity, longer reach, and more intelligent controllers that make programming and troubleshooting easier than ever. Telescoping arms and dual arms were very common among the new entries, as well.