Two decades after it was created and five years since it joined up with Milacron and its Mold-Masters brand, Kortec’s co-injection technology can yet provoke misunderstanding among processors.
#closeupontechnology

“A lot of our customers are still confused,” says Cheryl Sayer, director of engineering at Kortec. “They think it’s two-shot overmolding—sealing off on plastic instead of steel—rather than the skin and the core being injected simultaneously.”

That simultaneous injection means there is no cycle-time penalty resulting from waiting for one injection unit to finish before the other can start, and it also doubles mold output compared to traditional two-shot molding where a substrate is molded in one cavity and then transferred to another (or the mold itself must rotate) and a second material is overmolded. “If you can co-inject,” Sayer says, “you automatically double the cavitation of a tool.” 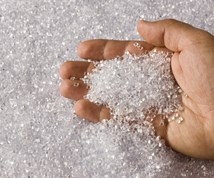 A significant part of Kortec’s offering to customers is its evaluation of the part to be co-injected. “We do a lot of analysis to make sure that those materials are flowing at the correct speed and temperatures to ensure that we get that really great, flat leading edge and the core is positioned exactly where we want it.”

“This has helped a lot of people get into co-injection on just about any monolayer machine,” Sayer explains. “We have not found a machine we have not been able to upgrade.” Back when the Kortec technology was created, it initially targeted barrier PET preforms for applications like carbonated soft drinks (CSD). A two-shot molding machine was requisite and typically tailored for the preform application. Today, the technology—and the parts it can take on—are far more flexible.

Co-injection can still be used to introduce a barrier to oxygen, CO2, or light, but these days it can also be used for sandwiching a high-volume low-cost core, including post-consumer resin (PCR); providing mechanical advantages, where a core material with a different a durometer could be added for a sealing application; or for aesthetics and shelf differentiation, allowing various effects to be molding into a bottle, for instance. Moving past CSD, Kortec has been applied in preforms for dairy, utilizing a white/black/white layering to block UV; as well as pharmaceutical packages.

In the new Kortec Connect package, molders receive the co-injection hot half and the secondary “B” injection unit—Mold-Masters’ standalone E-Multi auxiliary injection system—along with the e-Multi controller. That controller not only establishes the “B” barrel’s settings, but it also regulates the valve-gate openings. Those three-position valve gates utilize a special sequence and allow the speed, profile and compression of injection to be controlled. As part of the process optimization, Kortec Connect takes the signals from the respective injection units for screw position and pressure, and uses the e-Multi controller to graph them, overlaying their data points and allowing the molder to check their synchronization.

This flexible, movable system differs from Kortec’s original entrée into the market: a fixed system incorporated into a new two-shot press with a process developed at Kortec. “In the past, customers would do testing here in our lab and they wouldn’t be as familiar with co-injection,” Sayer explains. “In the end, they’d end up with a full turnkey system, which was possibly a little bit intimidating to them. Now they can kind of walk through the process and understand it before they scale up for full production.”

Sayer says her team “starts with the part” when a new customer comes on, working back from the desired component to a system that will suit it, as well as future jobs. “We’ll analyze the system for a range of parts it can run and there’s always a sweet spot,” Sayer says, “but it doesn’t mean it can be used for another part or another application.”

That last point is another key differentiator for Kortec today vs. Kortec of before. “We look at that at the onset of the project as well so that if that project or that part goes away, the equipment will still be useful,” Sayer says.