Extruder Alignment: Important, but Only Half the Equation

The other half? Aligning and supporting downstream equipment. Here are best practices.
#bestpractices

The best approach is to complete the barrel alignment using optical- or laser-alignment equipment. Also put dial indicators, as shown here, anchored to an independent support to maintain that alignment as the downstream equipment is attached and heated up.

I wrote about the importance of extruder barrel alignment and how it should be done several years ago, but aligning the extruder barrel is not the whole solution. The downstream equipment must also be aligned and supported properly to maintain the properly aligned barrel.

After breaking a screw, a client of mine brought in a competent company to align the barrel. But the new screw lasted all of three weeks. Upon startup one day, the screw broke, and in the process also heavily damaged the barrel, requiring its replacement as well.

I was asked to be there for the startup with the new barrel and screw. The extruder was started and I immediately heard a grinding sound and noticed a large fluctuation of the drive amps. I had the extruder shut down immediately and asked how they had lined up the downstream components to the extruder.

The screen changer was a double-piston type and weighed about 4000 lb. Although it was supported in a stand on rubber casters, the floor was very uneven, and the installers had simply pushed the flanges close together and then used the bolts to pull the screen changer into its position on the barrel with no regard for its effect on the barrel alignment.

Next was the melt pump, which weighed about 1750 lb without the drive motor and reducer. Again, the unit was on a stand with rubber casters, but the installers had once more made no effort to align it. Instead, they simply pulled it into place against the screen changer and used the bolts to draw it into position. Finally the die was coupled to the melt pump with the same procedure on a similar stand.

Barrel alignment is not just a matter of lining up the barrel itself but maintaining that alignment after the whole system is assembled.

Obviously that totally destroyed the alignment of the barrel to the drive quill, and the resultant bending and repositioning of the barrel caused severe contact between the screw and the barrel bore. The point here is that barrel alignment is not just a matter of lining up the barrel itself but maintaining that alignment after the whole system is assembled.

The best approach is to complete the barrel alignment using optical- or laser-alignment equipment, then put dial indicators anchored to an independent support to maintain that alignment as the downstream equipment is attached and heated up. Not only will the mechanical attachment of downstream equipment affect the alignment, but the heating-up phase is also important, as the downstream components and the barrel itself can change position substantially as thermal expansion affects the entire assembly. The only way to determine if the alignment is being altered when completing assembly of the line is to instrument the barrel flange.

The only way to determine if the alignment is being altered when completing assembly of the line is to instrument the barrel flange.

About the Author: Jim Frankland is a mechanical engineer who has been involved in all types of extrusion processing for more than 40 years. He is now president of Frankland Plastics Consulting, LLC.  Contact jim.frankland@comcast.net or (724) 651-9196. 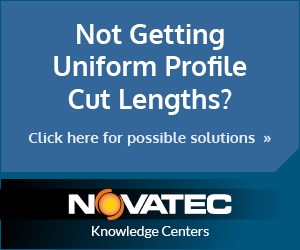 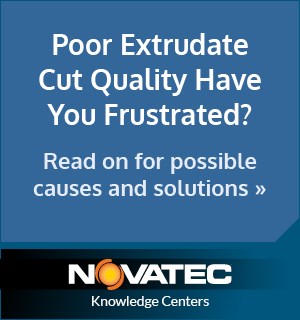 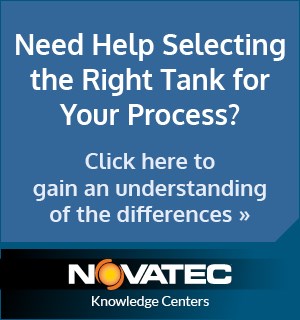