Davis-Standard has named James Johnson regional sales manager, sheet and foam, for the Southeast region of the U.S. In this role, he will collaborate
with customers to asses equipment needs and requirements, support of product engineering, equipment upgrades, cost-assessment and production strategies.

He joins Davis-Standard from Polymer Systems Inc., which makes gear pumps and screen changers, where he was a sales engineer. Prior to that, he was with Shurtape Technologies, which makes pressure-sensitive tapes. 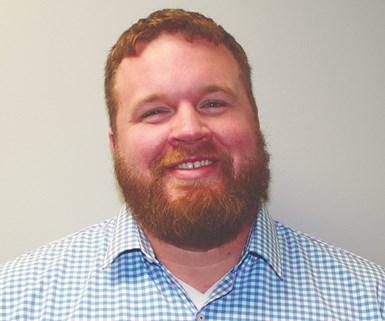 “James brings industry sales, manufacturing and adhesives experience to his position, which will be beneficial to our sheet and foam business,” says Steve DeAngelis, Davis-Standard vice president, sheet and foam systems. “His communication and technical abilities, knowledge of the Southeast, and ability to address complex issues and deliver results will serve customers well.”

Johnson is a graduate of East Carolina University and holds a yellow belt in Lean Six Sigma. He will be based in Hickory, N.C.