One of the fastest-growing PE film markets is expected to grow at a clip of  of 5.2% a year through 2022.

This is the ninth in a series of blogs based on 2019-2020 research conducted by Mastio & Co., St. Joseph, Mo. on key markets for processors of polyethylene film. There will be 10 articles in all. The first five offered Mastio’s analysis—based on interviews with processors conducted direct by the Missouri firm—with film processors representing the five largest PE film markets: stretch film, consumer/institutional product liners, T-shirt bags, institutional can liners and consumer trash bags.

Typical uses of envelopes and magazine overwrap include:

Gauges for envelopes typically range from 1 to 4 mils, with 2 mils being the most typical.

North American producers of PE envelope and magazine overwrap film processed approximately 140.1 million lb of resin for this market in 2019. This market is expected to increase by an average annual growth rate (AAGR) of 5.2%, increasing PE resin consumption to approximately 163.4 million lb by the year 2022.

During 2019, the four largest participants in this market were as follows: Next Generation Films Inc.; Sealed Air Corp. (Protective Packaging Div.); Novolex; and Sigma Plastics Group (Mercury Plastics Div./Poly Pak Packaging Div.). Collectively, these companies processed approximately 73.6 million of PE resin for this market for a combined market share of 52.5%.

Envelopes are typically constructed with a three-layer coextruded film. The outer layer is often a HMW-HDPE or MMW-HDPE resin. The center, or core layer, of envelope film usually consists of a LLDPE or nylon resin for improved strength and puncture resistance. One company even uses medium density PE (MDPE) as the outer layer and LDPE-EVA copolymer resin as the core layer in their three-layer envelope film.

Magazine overwrap can also be formed into envelope-type structures. Preformed magazine overwrap structures are usually sealed on two or three sides. The end user then seals the remaining side(s) after placing their product inside.

Both monolayer and multi-layer coextruded film constructions are utilized in the production of film for the envelope and magazine overwrap market. Envelope structures range from two to nine layers, with three layers reported as the most common; layer configurations reported were ABC and ABA, with each letter representing a unique grade and/or type of resin. Some envelopes utilized for cash management are monolayer in structure, and magazine overwrap films are almost always monolayer structures. 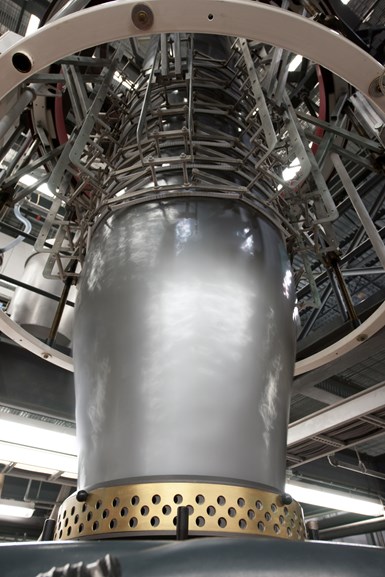 Blown film extrusion produces most (more than 87%) of the PE film used for envelopes and magazine overwrap, according to Mastio. Photo:NELMAR Security Packaging Systems.

In a strong economy, consumers tend to buy more goods. Every participant in this market stated that the increased volume of internet sales and e-commerce business has provided an excellent growth opportunity for this market, as many of the items purchased by consumers on the internet require shipping and envelopes. Online ordering through Amazon has become a popular trend in shopping, year-round, making the envelope market increase at a fast growth rate. With the increase in online shopping, mailer and courier bags have become an important part of everyday business for many companies.

Demand for poly-mailer films for medical prescription use is continuing to increase as the aging populations continues to increase. Consumers are finding the convenience of having their medicines and medical supplies shipped (utilizing poly-envelopes) directly to their door is a much better options vs. picking them up in the pharmacy or retail store. Film producers continue to be aware of upcoming changes in the envelope and magazine overwrap market in order to give their customers what they want along with a better value for their money.

There is increased pressure on the PE film industry to reduce waste by recycling. Manufacturers of envelope and magazine overwrap are ensuring that scrap film or resin is being recycled back into the film extrusion process. Some producers of envelope and magazine overwrap recycle their post-industrial scrap in the production of PE films. Recycling scrap film, including post-industrial recycled material and post-consumer recycle (PCR) provides manufacturers the opportunity to save on material costs, as well as help the environment.